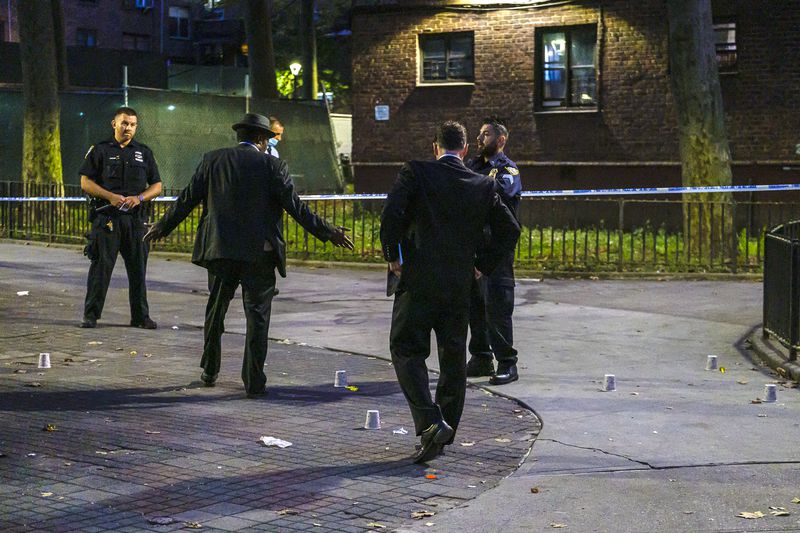 They heard the pop-pop-pop of gunfire on Saturday night — and saw the result: A man, 23, bleeding and sprawled on the ground at the Ingersoll Houses in Brooklyn.

The victim, identified by police as Wayne Lasontant, was rushed to a hospital in critical condition, where he was declared dead of his wounds.

Police were called about 6 p.m. A 64-year-old resident of the NYCHA complex in Fort Greene said she heard 10 shots. She and other Ingersoll tenants figured right away that the shooting involved gang members.

“I thought I was going to get shot,” said a 38-year-old woman who was walking nearby when she heard gunfire.

“I hid and waited for sirens,” the woman said. “I knew they’d be gone once the sirens started.”

Then she went around a corner and saw Lasontant lying woundedin the courtyard.

“He was there on the ground dying. There was blood coming out his mouth.”

Medics came and tried to revive him.

“There was too much blood. He was choking on it,” she said. “He wasn’t coming back.”

Detectives searched the area for shell casings and other evidence on Saturday night, but police said they had no suspects.