As coronavirus cases in the Dakotas surge, anti-mask sentiment intensifies 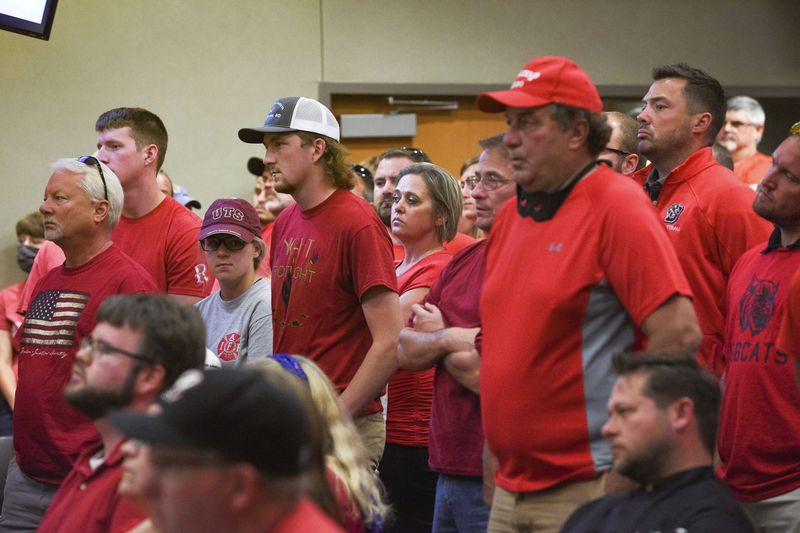 COVID-19 cases in the Dakotas is growing faster than anywhere else in the U.S., as anti-mask sentiment grows in the two states.

According to Johns Hopkins University researchers, North and South Dakota rank first and second respectively in new cases per capita over the past two weeks.

The two Midwestern states, which have up to this point largely avoided the worst of the pandemic, are now making headlines not only for an increase in positivity rate, but also for a fierce backlash against local leaders’ proposals of a face mask mandate.

The Associated Press reported that this week the city of Brookings, S.D. was forced to move a meeting to discuss requirements of face coverings in businesses into an arena, as a large group of citizens showed up to express their opposition.

Saturday saw one of the biggest one-day jumps in coronavirus-related deaths in South Dakota, according to Dakota News Now: the state recorded six deaths, bringing the total to 183.

The state also posted some of the country’s highest positivity rates for tests in the last week, according to the AP — more than 17% — which indicates that there are more infections than what tests show.

According to the Sioux Falls-based newspaper Argus Leader, on Sunday the White House Coronavirus Task Force sent South Dakota Gov. Kristi Noem, a Republican, a report saying that the state had the second-highest rate of new cases in the country and it was in “the red zone” for test positivity rates.

But Noem, a fierce Trump surrogate, has so far resisted calls to enact a state-wide mask mandate.

Earlier this month, maskless bikers gathered in the small South Dakota city of Surgis for a motorcycle rally that brought hundreds of thousands of people from across the country.

“It is not a surprise that South Dakota has one of the highest [COVID-19] reproduction rates in the country,” Brookings City Council member Nick Wendell told the AP, commenting on people who refuse to wear face masks in public.

On Saturday, North Dakota’s daily positivity rate moved to just over 5% according to a report from the state’s department of health, while currently hospitalizations dropped from 64 to 56.

COVID-19 cases have spiked among younger groups, who are generally not hospitalized at high rates — but have the potential to infect older people.

“Some of them are nursing students who are doing rotations where they’re going to see people who are really at risk. I worry about that,” he told the AP.

Like Noem, the Republican governor of North Dakota, Doug Burgum, also promotes personal choices, but he has tried to encourage the use of masks with a social media campaign.

“In the end, it’s about individual decisions, not what the government does,” he recently said in a press conference.