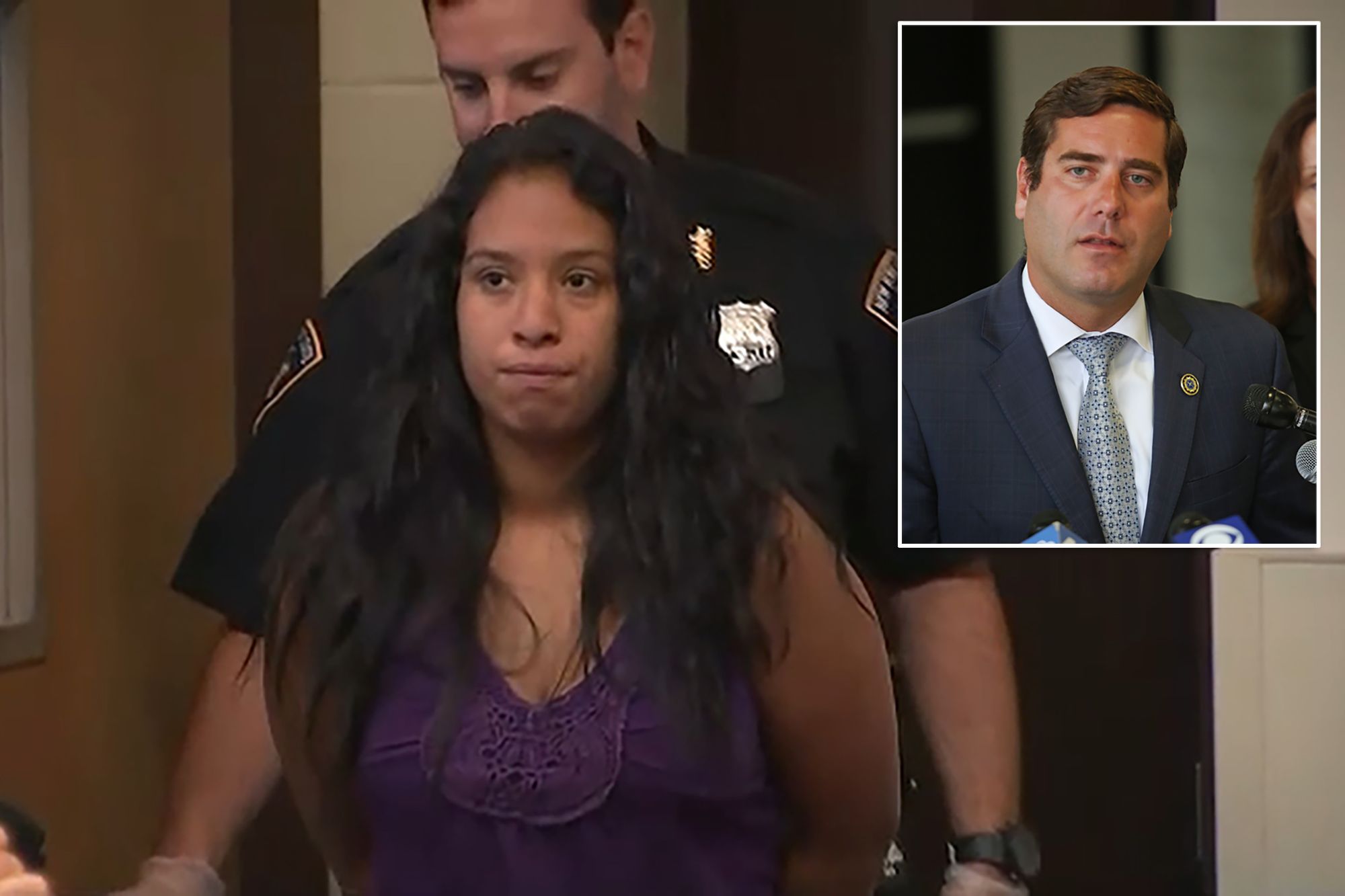 A Long Island woman pleaded guilty to conspiracy Friday for plotting to kill her ex-husband’s mother and young daughter, in a desperate attempt to get her former beau back.

Elsy Rodriguez-Garcia, 27, now faces 2-to-6 years in prison for the failed plot on her ex-hubby and his 5-year-old girl from a previous relationship, said Suffolk County prosecutors.

“This is a shocking and disturbing case,” District Attorney Timothy Sini said in a statement. “The defendant’s intentions were very clear that she wanted this person murdered, and she was ready and willing to pay for it.”

The Huntington Station woman orchestrated the hit in July 2019, reaching out via WhatsApp to a person in Ecuador, where her ex-husband was staying, said prosecutors.

She sent the supposed hired gun a photo of the little girl, along with information about the targets’ whereabouts, prosecutors said.

“She wanted to have them disappear, so that her ex-husband could spend more time with her, and their child,” Sini said at a 2019 press conference, referring to the child that Rodriguez-Garcia shares with her ex-husband.

But the plot unraveled when the ex-husband found out the plan and reported Rodriguez-Garcia to Suffolk County police, authorities said.

Detectives sent Rodriguez-Garcia a fake photo showing the mother and girl murdered in Ecuador. Upon seeing the photo, the accused woman promised she would wire the $6,000 fee, Newsday reported at the time.

Rodriguez-Garcia was arrested on July 13, 2019, and was charged with two counts of attempted murder and conspiracy. She pleaded guilty Friday to a single conspiracy charge.

She will be sentenced in April.