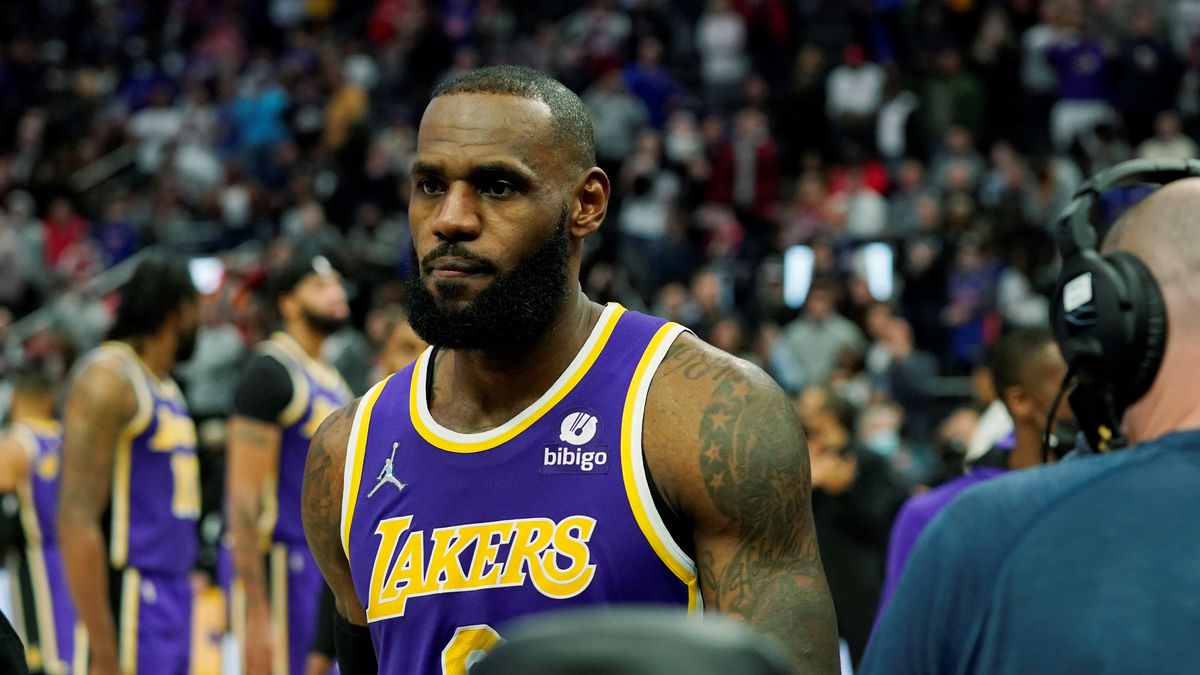 The King isn’t allowed on his favorite court.

LeBron James was suspended for Tuesday’s game against the Knicks for bloodying the face of Pistons forward Isaiah Stewart with a reckless swing, the NBA announced.

James, 36, an 18-year veteran, had never previously been suspended but sent Stewart into hysterics Sunday by slugging him in the face while fighting for a rebounding position. The blow seemed unintentional, but James’ fist was closed and Stewart went into a rage in the aftermath. He blew past multiple security guards trying to chase down James.

Stewart was suspended two games without pay for “escalating an altercation.” James, who reportedly attempted to seek out Stewart to apologize, will be docked a game check.

The Lakers and Pistons had to be separated multiple times after this play between LeBron and Isaiah Stewart. pic.twitter.com/im0o7fXeoI

James’ absence obviously gives the Knicks (9-8) an advantage. The Lakers (9-9) still boast Anthony Davis and Russell Westbrook, but are just 4-6 this season when James doesn’t play, with losses to the lowly Thunder and Timberwolves.

It also shines a bigger spotlight on Carmelo Anthony, who is returning to his former home as a key member of the Lakers bench averaging 15.2 points in nearly 29 minutes. From the perspective of Knicks fans, time has cast a rosier look on Anthony’s Knicks career. He’s probably the franchise’s greatest player since Patrick Ewing.

“I always look forward to playing at the Garden, playing in front of the fans,” Anthony said. “With the Knicks or against the Knicks. That love is different. That fan base is different for me. It goes deeper than basketball. They embrace me. I embrace them.”

Anthony, a Brooklyn native, said he still lives in New York and his son, Kiyan, attends Christ the King in Queens.

“I don’t think the bond between myself and New York City will ever go anywhere,” Anthony said. “That’s why I embrace it the way I do. I’m looking forward to tomorrow. The crowd — the Knicks are playing great basketball. They have good energy up there. We know how (Tom Thibodeau’s) teams are. They’re a very tough team. We know we have to come in and put our hard hat on tomorrow night. It will be great to get a win at the Garden. I’ll tell you that.”