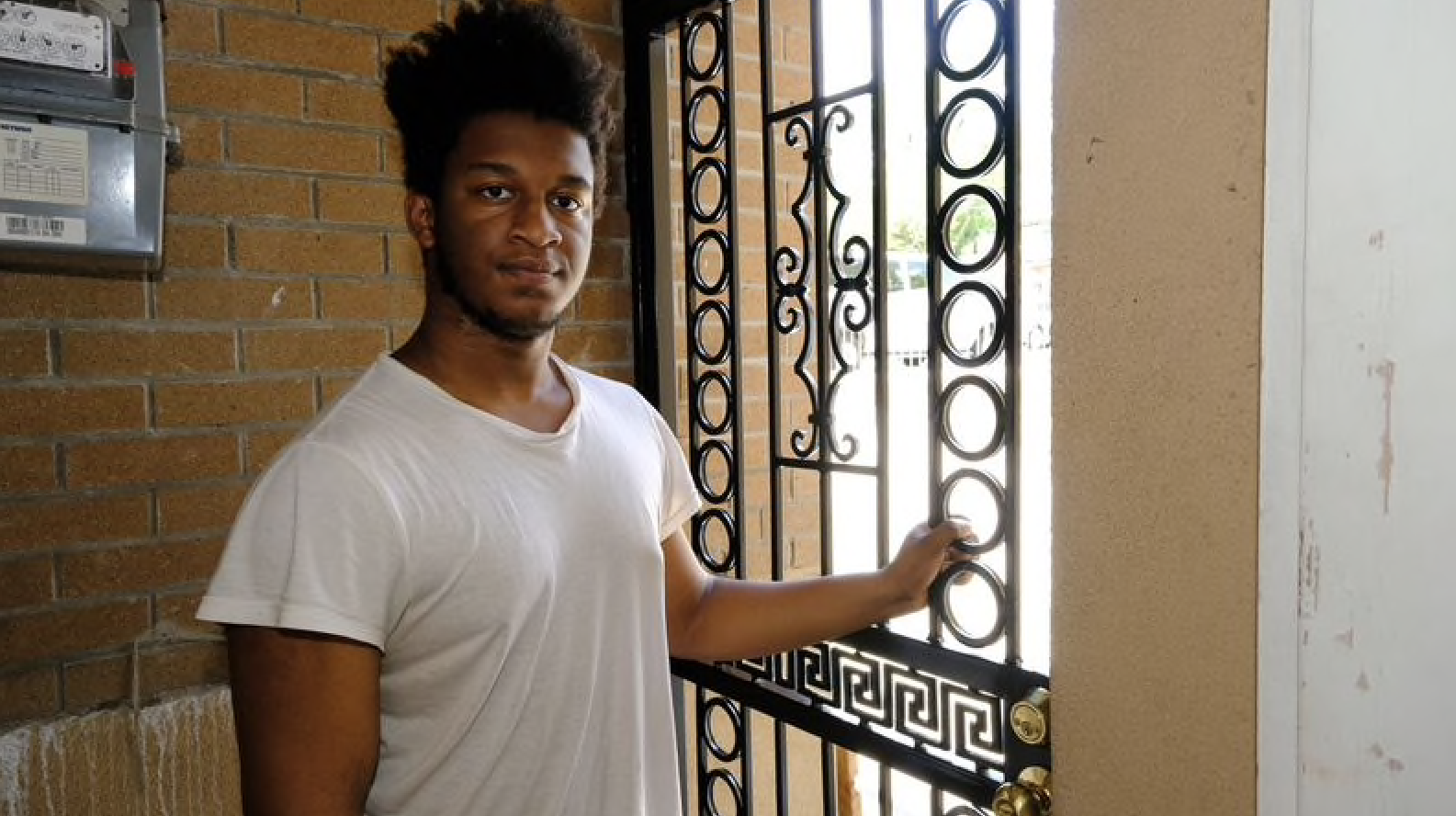 In the midst of a pandemic and an eviction moratorium, Edward Wosu Jr. claims he has been locked out of his basement apartment not once, but twice.

Wosu Jr., an 18-year-old Brooklyn College theater major, is the only tenant who still lives in an apartment Agnes Jackson rents out of a yellow brick rowhouse on E. 85th Street in Brooklyn.

Since February, when Jackson filed a petition to evict in Brooklyn housing court, Wosu has been fighting to stay there — a place he’s called home since he was 8 years old. His battle with Jackson began two months earlier, though at the time he didn’t really know it.

Wosu Sr., a Nigerian immigrant, survived and is recovering in a rehab facility, but the stroke meant a loss of income from his job as a salesman, which meant Wosu and his uncle, who was living with them, were not able to pay their rent.

His uncle Edwin, who occasionally chipped in on the $1,500 rent payments, eventually got so fed up with Jackson’s push to evict them that he moved out in June, said Edward Jr., leaving him to deal with Jackson by himself.

“She’d scream. She’d yell. It’s been really crazy,” he said. “I’m not living in a real good apartment. It’s a basement, but I’ve been here the past ten years. I got memories.”

One time, he said Jackson called the police and accused him of threatening her, which he denies. In June, she changed the locks with his diabetic uncle still in the apartment, he claimed.

On Saturday, Wosu says he came home to find the wooden door taken off its hinges, the locks on an outer steel door changed and all of his earthly possessions gone. Jackson denies locking him out or removing his possessions.

“She took my mattress, the food inside my fridge, a bag full of coins,” he said. “Everything.”

Also missing, he claims, was his copy of the landlord-tenant agreement with Jackson.

Gardy Brazela, chairman of Brooklyn Community Board 18, helped find Wosu a place to sleep for a night until carpenters were able to open the outer steel door. He confirmed that the teen’s belongings had been removed from the apartment.

“We called a carpenter and they opened the door,” he said. “She left the kid with nothing.”

There is no stove in the apartment now, according to Wosu and Brazela, who said the teenager has only a mattress, blanket and pillow, which he supplied.

On at least two occasions, Wosu said he had to call a friend to come over to be a witness for a couple of his exchanges with Jackson in case she called the police again.

But now the roles appear to be reversed.

Wosu said he called the police to report the removal of his belongings and the changing of the locks.

Jackson offered the Daily News a different perspective. She called Wosu Jr. a squatter and said he’s not on the apartment’s lease. She said his dad doesn’t have a lease either, which Wosu Jr. said is a lie.

“He has a mother and stepmother, and he needs to vacate that place,” she said of the 18-year-old.

Jackson denies removing Wosu’s belongings and the stove from the apartment, and said it’s infested with roaches, adding that he needs “mental help.” It was unclear from photos taken by the Daily News whether there is a roach infestation in the apartment.

The NYPD could not immediately confirm whether Jackson or Wosu made complaints against one another.

The financial strain that the virus brought with it prompted Gov. Cuomo to put a moratorium on eviction proceedings. Last week, he signed an extension of that order. And on Monday, Mayor de Blasio announced a new city website that offers resources to struggling tenants trying to avoid eviction.

But Wosu is worried. And while the online PAL acting class he’s taking cuts into his isolation, he’s depressed too. He’s been tempted to give up on his childhood home, but said that isn’t in the cards. He’s seeking free legal help through a city program to help tenants faced with eviction.

“My father keeps telling me to up and leave, but I gotta do this thing,” he said. “I don’t want her to think it’s okay to do this to any other tenant.”