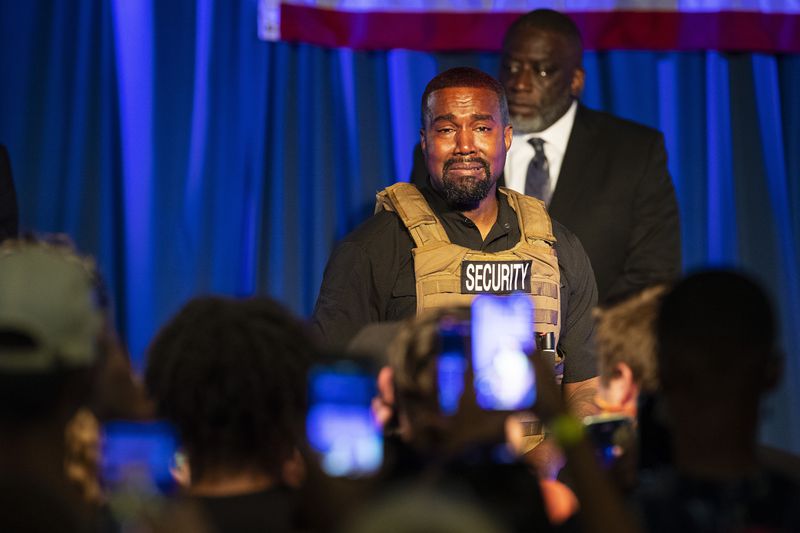 Back in October of 2018, music and fashion mogul Kanye West took a trip to the Oval Office, ostensibly to discuss criminal justice reform with the president. What happened instead was a three-ring circus in front of rolling cameras and millions of television viewers at home.

West veered from one unrelated topic to the next, while a slightly-uncomfortable President Trump sat looking on, at times trying to steer him back to the preferred goal for the public event (which was ultimately to praise Trump).

Some people found the spectacle amusing, others a wild kind of performance art by a publicity-starved “artiste,” not unlike the kinds of stunts Trump himself would pull before becoming president.

But I found it sad and deeply disturbing. Here was clearly an unwell man and a president who was willing to exploit his illness for the faint praise of a popular black celebrity. The whole thing made me queasy.

West’s been forthcoming about his mental illness and past episodes. He’s said he’s been diagnosed with bipolar disorder, has admitted to abusing painkillers, and says his wife Kim Kardashian’s robbery in Paris and his feud with friend and rapper Jay-Z contributed to a well-publicized 2016 nervous breakdown. To his credit, his open and frank discussions about his mental health have likely prompted many others to seek help for their own issues.

But knowing all that we do about West’s fragile mental state, his latest publicity stunt, a half-hearted run for president, feels all the more disturbing.

Initially, some speculated it was merely part of a ploy to promote a new album, given how rushed and unprepared the upstart “campaign” is.

Others believe it’s actually a form of spiritual proselytizing, inspired by his proposed “running mate,” a “Biblical Life Coach” named Michelle Tidball, who lives near West in Wyoming.

Others still think it’s merely entertainment. One Twitter user posted of his first rally, “I went for a laugh and I got one,” before leaving offended.

But it’s hard to see this as anything other than a very sad public breakdown.

At his first “campaign event” in South Carolina, West appeared in a protective vest and again careened from topic to topic, his mood swinging like a manic pendulum. First laughing and joking, he was at once sobbing uncontrollably while revealing he and his wife almost aborted their first-born daughter, news I’m sure Kim would have preferred to be kept private.

He railed against abortion and the morning-after contraceptive pill Plan B, slammed Harriet Tubman, warned that “you don’t know who’s putting the internet in your school just to track you,” and suggested that everyone who had a baby should get “a million dollars, or something.”

The event was met with equal parts concern, scorn and ridicule. He was accused of misogynoir by black women and of undermining black issues.

And after that event, West took to Twitter to unravel some more.

“Kim tried to bring a doctor to lock me up with a doctor,” he tweeted. “If I get locked up Mandela… Ya’ll will know why.” He took shots at Kim’s mother, Kris Jenner. “Kriss don’t play with me you and that calmye are not allowed around my children. Ya’ll tried to lock me up.” And he said the horror movie “Get Out” — about a black man who visits the white suburbs only to be mind-controlled — was about him.

Incidentally, West’s public paranoia, oversharing, inability to filter and focus is similar to what we see from Trump himself, whose Twitter rages, unfounded conspiracy theories, rambling rallies and distorted view of reality should be just as troubling. The difference, of course, is that Trump is actually president, and not merely pretending to want to be.

Still, West’s very unsettling publicity stunt isn’t funny, and it isn’t even a car crash we can’t help but watch. It’s a cry for help, and one we should all give him by refusing to play the role of spectator. He’s a husband, a father and a human being, and he’s not “running for president.” He’s running for his life.