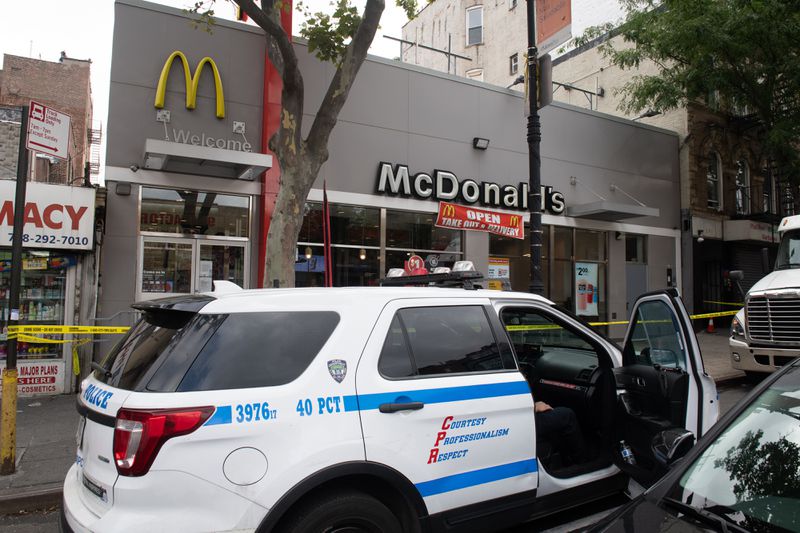 Cops have arrested a second suspect in the death of a 65-year-old man whose body was found wrapped in plastic on the roof of a Bronx McDonald’s, officials said Tuesday.

Rodriguez and two accomplices wrapped Hamlet’s body in plastic and hurled his remains out a high window of the four-story building, according to cops.

The corpse landed on the roof of a McDonald’s next door, where it was discovered, with just the victim’s feet sticking out of the plastic wrap, by a building maintenance man about 6 a.m. Wednesday.

On Saturday, cops arrested Ayame Stamoulis, 18, and hit her with slew of charges including murder.

A third suspect is still being sought.