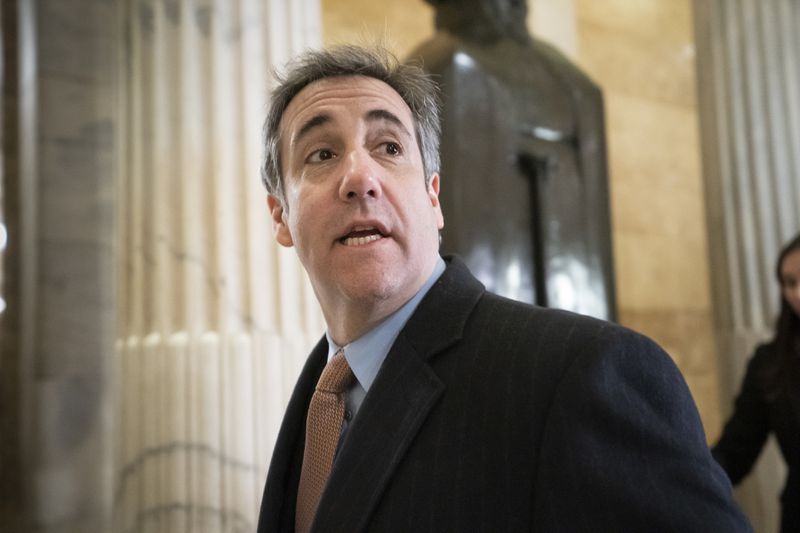 The lawsuit on behalf of Michael Cohen was filed late Monday in Manhattan federal court, alleging his First Amendment rights were violated when he was returned to the Federal Correctional Institution in Otisville, New York, on July 9.

Cohen, 53, had been furloughed in May as part of an attempt to slow the spread of the virus in federal prisons.

The book being written by Trump’s former fixer describes first-hand experience with his client, and provides graphic details about the President’s behavior behind closed doors,” Cohen’s lawyers write in the suit filed late Monday in the Southern District of New York.

According to the lawsuit, federal authorities moved to re-incarcerate Cohen after he tweeted on June 26 “#WillSpeakSoon” and on July 2 that he was finishing his Trump book.

Cohen is suing to win his release from a federal prison where he is serving a three-year sentence for crimes related to his hush-money payments on Trump’s behalf to two women who claimed to have had affairs with him.

Trump was infamously identified as “Individual 1″ in that case.