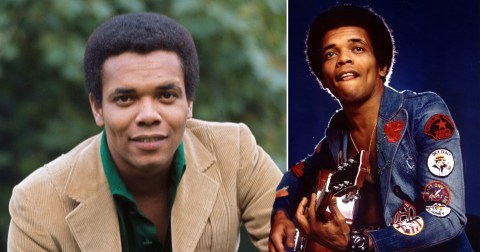 Johnny Nash, best known for singing the classic song “I Can See Clearly Now,” died Tuesday. He was 80.

Nash died at his home in Houston, his son told The Associated Press. His health had been declining in recent months.

The Houston native’s first hit was actually “Hold Me Tight” in 1968, but he is best-known by far for 1972′s “I Can See Clearly Now.” The tune reached No. 1 on the Billboard charts.

“I feel that music is universal. Music is for the ears and not the age,” Nash told Cameron Crowe, then writing for Zoo World Magazine, in 1973. “There are some people who say that they hate music. I’ve run into a few, but I’m not sure I believe them.”

He later became one of the first non-Jamaicans to record reggae music in the island’s capital of Kingston. He was a friend and booster of Bob Marley and had a hit with a cover of Marley’s “Stir It Up” in 1973.

Nash recorded his last studio album in 1986, but in 1993, Jimmy Cliff recorded “I Can See Clearly Now” for the soundtrack of the John Candy movie “Cool Runnings,” about the Jamaican bobsled team. That version of Nash’s tune was also a hit, reaching No. 18.

Nash is survived by his wife Carli, son Johnny and daughter Monica.