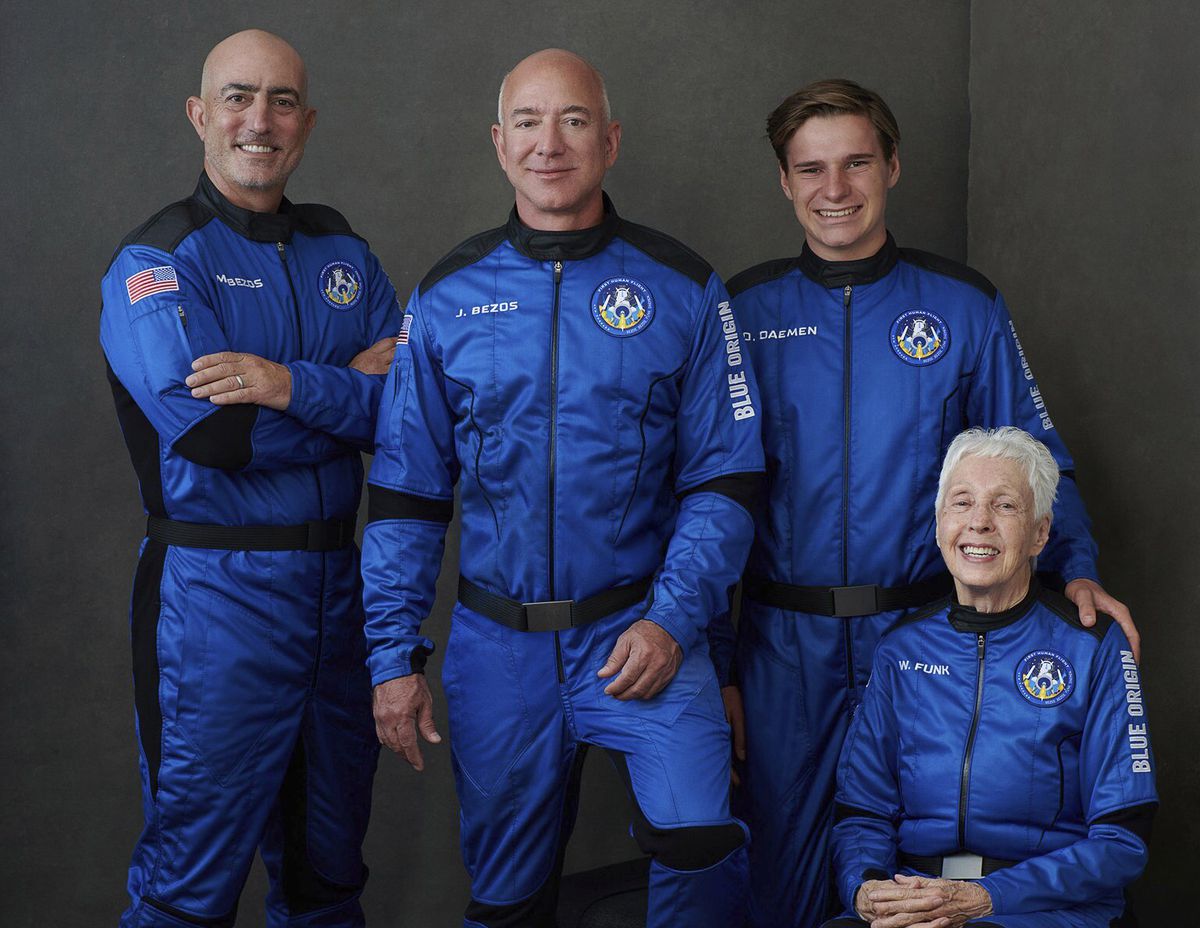 Amazon founder Jeff Bezos successfully soared into space Tuesday aboard his New Shepard rocket, fulfilling his longtime dream with a flight that lasted just over 10 minutes.

The billionaire was aboard his Blue Origin aerospace company’s first human flight as it launched from a West Texas desert at 9:12 a.m. EDT and traveled to an altitude of about 66 miles before returning to Earth.

Blue Origin aerospace commemorated the feat as a “truly historic day” after Bezos’ capsule touched down.

Bezos, 57, was joined on the space flight by his brother Mark, 82-year-old aviator Wally Funk, and 18-year-old Oliver Daemen, who joined the trip after an unnamed winner of a $28 million auction to join the flight backed out due to a conflict.

Daemen, who is from the Netherlands, is the youngest person ever to travel to space. Funk, meanwhile, is the oldest.

Bezos and the others celebrated with their families as they stepped out of the capsule and popped champagne in a moment captured on a live stream video that broadcast the rocket’s launch and return.

Tuesday’s launch near Van Horn, Texas, came less than two weeks after Virgin founder Richard Branson became the first billionaire to soar into space on July 11. Bezos’ flight ascended higher than Branson’s, which traveled to an altitude of about 53 miles.

There were no pilots aboard the New Shepard during Tuesday’s trip, as the rocket is fully automated.

Bezos’ goal for Blue Origin is to one day send customers into space aboard commercial flights, though the company has not publicly shared a target date.

“Congratulations to all of Team Blue past and present on reaching this historic moment in spaceflight history,” Blue Origin tweeted Tuesday. “This first astronaut crew wrote themselves into the history books of space, opening the door through which many after will pass.”

The company had sent 15 flights into space without humans onboard ahead of Tuesday’s historic trip, which saw the ship’s booster reach Mach 3 speed.

Bezos chronicled the journey leading up to Tuesday’s launch on social media, including introducing the people he was flying with in recent weeks.

In an Instagram post last month about his brother, Bezos wrote, “Ever since I was five years old, I’ve dreamed of traveling to space. On July 20th, I will take that journey with my brother. The greatest adventure, with my best friend.”

The launch was also a longtime coming for Funk, who had trained for space travel alongside 12 other women during the 1960s. Tuesday’s trip marked her first flight into space.