Indoor dining returning to NYC by end of September at 25% capacity, Cuomo says 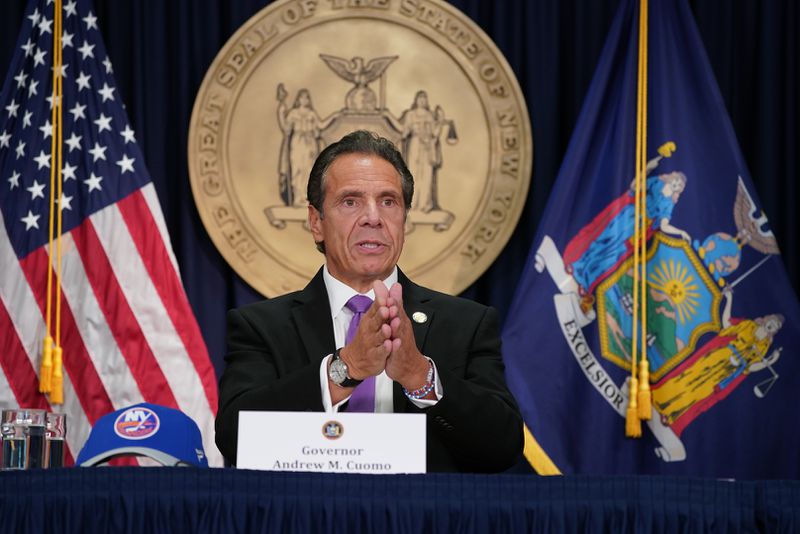 Gov. Cuomo set the table Wednesday for indoor dining to resume in New York City by the end of the month.

Restaurants in the five boroughs can reopen their doors and welcome patrons back to their dining rooms on Sept. 30 — with stringent coronavirus precautions in place.

Capacity will be limited to 25%, tables must be placed six feet apart and temperature checks of all patrons will be mandatory. There will be no walk-up bar service, customers will be required to leave contact information and eateries must be closed by midnight, the governor said during a press briefing in Manhattan.

The governor, who has faced criticism for his hesitation to allow restaurants to serve indoors, set a Nov. 1 deadline to reassess the COVID-19 infection rate. If the number remains low, indoor dining capacity could increase to 50%.

The announcement comes after business owners filed a $2 billion class-action lawsuit, alleging the state is violating the constitutional rights of more than 150,000 New York City restaurateurs. The industry employs roughly 300,000 people in the city.

New Jersey began allowing eateries to welcome back customers last week with a similar 25% limit on capacity while restaurants upstate and on Long Island have been operating at 50% since June.

The governor has repeatedly railed against City Hall in recent weeks, accusing the mayor and NYPD of not doing enough to enforce measures meant to stem the spread of coronavirus.

On Wednesday, Cuomo said the city will contribute 400 personnel to an existing task force headed by the State Liquor Authority and state police to ensure compliance with the new orders, a deal apparently hammered out not just with Mayor Bill de Blasio, but with other city officials too.

“We have been talking to all stakeholders up until the moment I just walked out,” Cuomo said.

Earlier in the day, de Blasio said a decision on a plan was in the works and would be announced in a matter of days.

“Everyone is working together, trying to figure out what’s safe,” the mayor said. “I’m hopeful we will have an announcement as early as this week, but there’s more work to be done.”

Cuomo, meanwhile, said in addition to the state task force and city officials enforcement will in part depend on diners who can report non-compliance anonymously through a hotline.

“I believe in New Yorkers. Trust is reciprocal. They trusted me, I trust them,” the governor said. “If there is a spike in infection rate, we can always hit the emergency pause button.”

He added that eateries risk losing their license to operate if caught violating state restrictions.

“This is not an issue you want to fool around with. It is not worth the risk,” Cuomo said. “If you lose your license, that’s months of being out of business — assuming you can get the license back.”