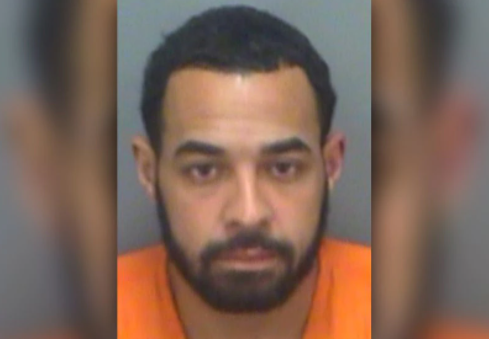 A handcuffed Florida man being taken in on a domestic violence call broke free from the officer escorting him, leaped into Boca Ciega Bay, and drowned.

He was charged with domestic battery, obstruction, felony driving with a suspended license, and violation of probation, reported WFLA-TV.

Taken to the police department, which is right on the water, Brownlow was awaiting a jail transport van, WFLA reported. But while he was being escorted to the van, police told WFLA, Brownlow broke free and headed toward the water.

Police are still investigating, since they don’t know whether Brownlow had been experiencing a mental episode, or was under the influence, WFLA pointed out. The Pinellas County Sheriff’s Office did not divulge whether there was a video of the incident. An answer on drug or alcohol involvement will have to await the autopsy.

As soon as he leaped into the water, paramedics from the fire department, whose headquarters are attached to police headquarters, pulled him out and performed CPR, WFLA said. Brownlow was pronounced dead at a hospital around 9:40 p.m., WFLA said.

Brownlow’s death is being investigated because it occurred while he was in police custody, WFLA said, though the department said in a statement that “his death does not appear to be suspicious in nature.”