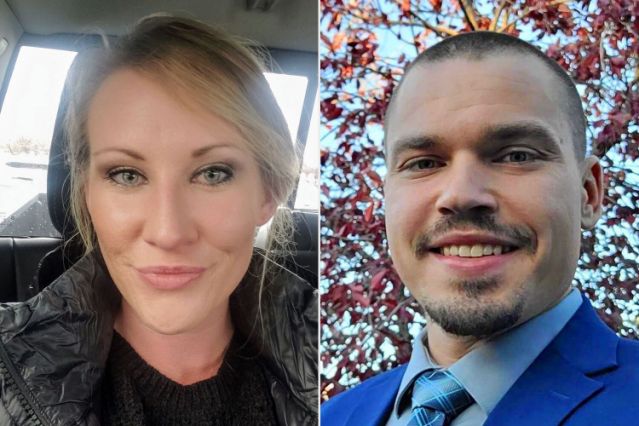 Idaho State Police are investigating the deaths of a mayoral candidate and cop who was found fatally shot along with a coffee-shop manager from a prominent local family.

Murphy had been a police officer in Hailey, Idaho since 2018, KTVB-TV reported, and was running for mayor of Bellevue. Midby managed the Coffee Corner Café, which is where the two were found.

Police did not reveal who the shooter had been, or the pair’s relationship.

“Our deepest condolences go out to the friends, coworkers, certainly the families, and all those so painfully impacted by this extreme tragedy,” Hailey Mayor Martha Burke said in a statement obtained by KTVB. “The loss of young life pains us all, and we, with the entire local community, deeply grieve these losses.”

Midby’s loss was felt keenly in the community where she reportedly knew many in the 2,200-person town, reported East Idaho News.

“This world lost a beautiful ray of sunshine,” Midby’s mother, Karen Tackett, wrote on Facebook, according to East Idaho News. “May her bright smile, her cheerful spirit, her tender loving heart live on. There is absolutely no greater pain than losing your child. No words can be found to fully express this pain our family is feeling.”

“She really had a way to make people feel like they are No. 1,” family friend Jenni Franklin, who has started a GoFundMe to help employees of the coffee shop, told East Idaho News. “It’s tragic. How does this happen? Everybody’s feeling it.”