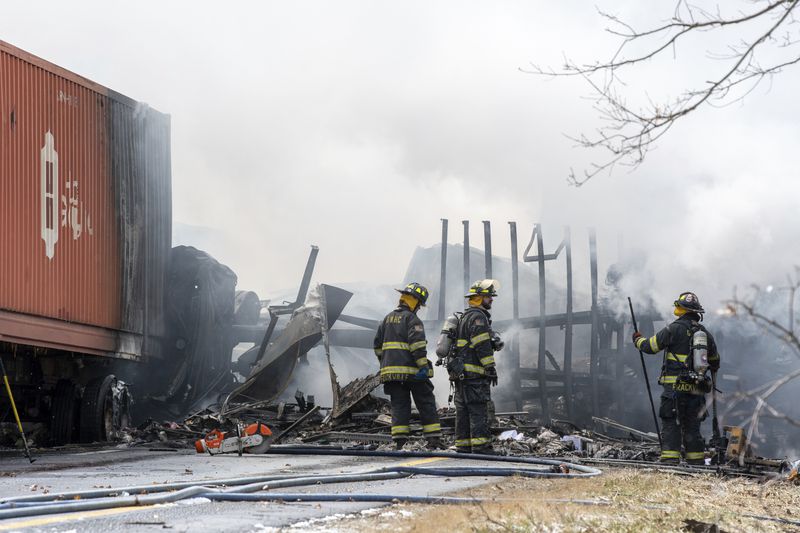 Interstate 81 in Schuylkill County, Pennsylvania, was shut down Monday after a frightening multi-vehicle crash that left at least five dead.

The crash occurred around 11 a.m. as a snow squall brought visibility on the road to zero outside Foster Township, about 55 miles south of Allentown.

An early collision participant exited their car and started filming as a number of other cars careened into the scene. Emergency workers later described the road condition as “just ice.”

UNBELIEVABLE video of a pileup in Schuylkill County as snow squalls brought visibility on Interstate 81 down to near zero. Video shot live by Mike Moye (Facebook) pic.twitter.com/q1BxgUYz2O

All told, state police estimate 50-60 vehicles were involved in the crash, according to WKOK radio. All of the extractions of people trapped in their vehicles were completed around 1 p.m.

A second multi-vehicle crash occurred on the same highway fewer than two hours later which led to lane closures but no other information was available.