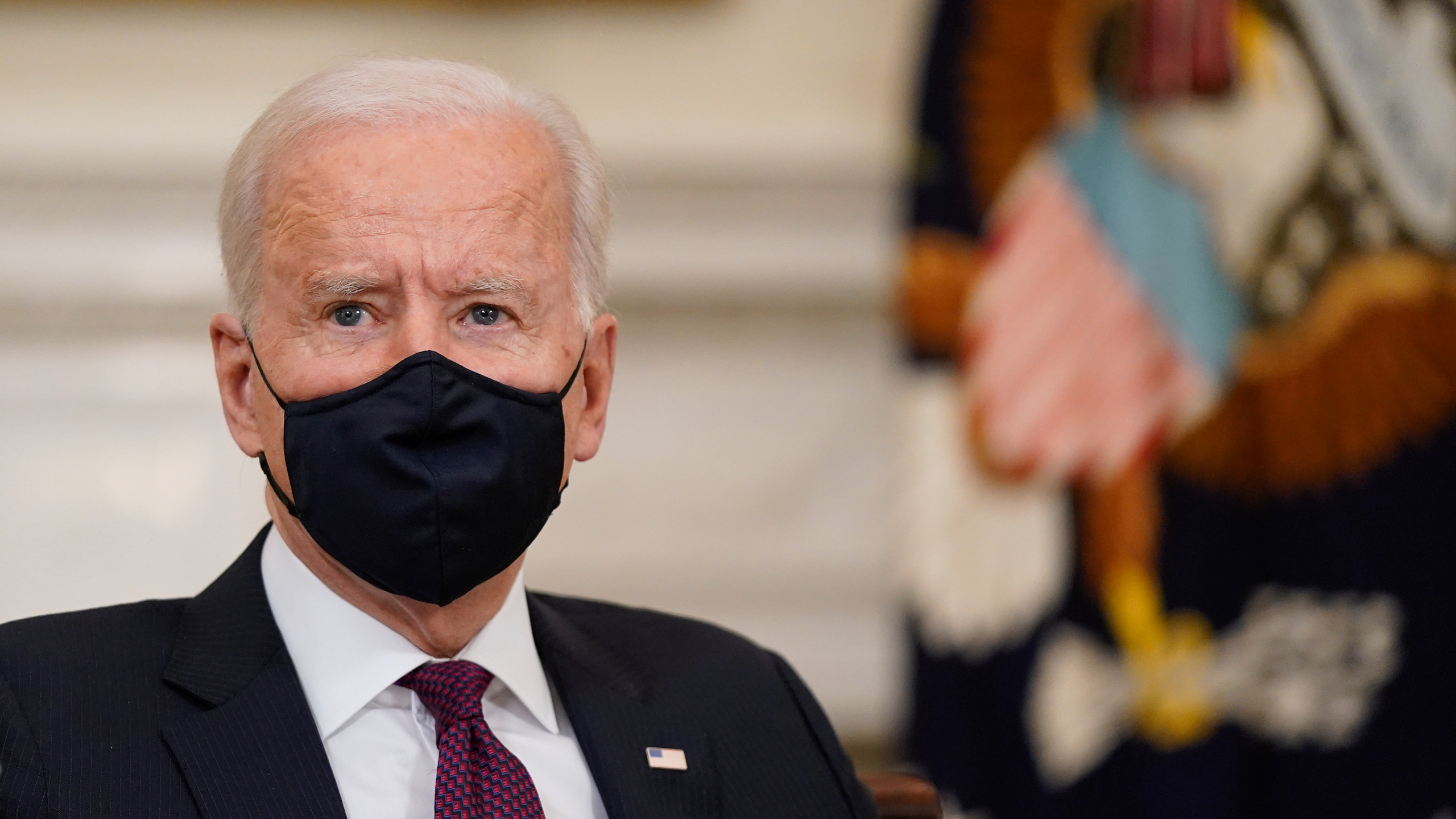 The House gave a final thumbs up on Wednesday to a $1.9 trillion coronavirus stimulus package jam-packed with direct aid for workers, businesses and states, handing Joe Biden the first major legislative win of his presidency as he seeks to end the pandemic and rev up the cratering U.S. economy.

The so-called “American Rescue Plan” — which bankrolls $1,400 stimulus checks to most taxpayers, among various other pots of relief — passed the Democrat-controlled House in a 220-211 vote virtually along party lines. One centrist Democrat, Rep. Jared Golden of Maine, joined all 211 Republicans in opposing the bill, citing concerns about its “overall size.”

Applause and roars erupted from the Democratic side of the chamber as House Speaker Nancy Pelosi (D-Calif.) read the final vote tally out loud with a grin on her face.

During a combative debate before the vote, House Majority Leader Steny Hoyer (D-Md.), Pelosi’s right-hand man, lamented the rigid resistance among Republicans, noting that nearly all of them supported the past five relief packages, which were appropriated when Donald Trump was president.

“There’s only one thing that’s changed since we passed those first five bills: We now have a Democratic president,” Hoyer said, turning to his colleagues on the other side of the aisle. “That’s the only thing that’s changed. The need is there. The virus is still with us. The economy is struggling, and now we have a Democratic president, so I expect zero of you to vote for this.”

The partisan passage sends the bill to Biden’s desk for a final signature.

Biden said after the vote that he will ink it on Friday, at which point the aid will start flowing rather rapidly from the government’s coffers. The president gave a special shout-out to Pelosi for turning his $1.9 trillion blueprint into law.

“I want to thank all the members who voted for it, especially Speaker Pelosi, the finest and most capable speaker in the history of our nation,” he said in a statement. “Once again, she has led into law a historic piece of legislation that addresses a major crisis and lifts up millions of Americans.”

But Senate Democrats made slight tweaks to it before passing it last weekend — also in a party-line vote — necessitating Wednesday’s last sign-off from the House.

Throughout the weeks leading up to the final House action, Republicans on Capitol Hill have claimed the bill is too pricey, largely unrelated to the pandemic and filled with progressive policy priorities.

But Democrats noted that the bill includes a range of sorely-needed financial aid, including relief for struggling small businesses and beefed-up unemployment benefits for the millions of workers who remain out of work because of the pandemic.

“So much pain, suffering and death and our Republican colleagues want us to do nothing? What is wrong with you?” New York Rep. Hakeem Jeffries, the No. 5 Democrat in the House, bristled at the right-wing lawmakers. “We are going to act with the urgency of now. We will crush the coronavirus.”

With the U.S. COVID-19 death toll nearing 530,000, polling shows the $1.9 trillion measure is widely popular among Republican and Democratic voters alike. A survey conducted by the Associated Press and the NORC Center for Public Affairs Research found last week that 70% of Americans back the bill, including a significant 44% of Republicans.

The legislation is a sweeping early victory for Biden, who campaigned against Trump last year on a promise to quickly deliver relief to Americans and adopt an aggressive strategy for fighting the pandemic.

But Biden — who has spent a career in politics priding himself on being able to reach across the aisle — is likely bitter that his signature bill passed Congress without the support of a single Republican in either chamber.

Because of the unanimous GOP opposition, Democrats in the Senate also had to water down some portions of the bill to secure passage, including taking out a provision to raise the federal minimum wage to $15-per-hour.

Beyond direct payments, the soon-to-lapse $300-per-week federal unemployment aid bonus will be extended through September and hundreds of billions of dollars are earmarked for coronavirus vaccination efforts, school reopenings, health insurance expansion, rental assistance, feeding programs and pandemic-ravaged industries, from restaurants and music venues to airlines and hotels.

There are also hundreds of billions of dollars in budgetary relief for cash-strapped local governments in states like New York, where leaders have long said they’d be forced to raise taxes or enact mass layoffs in public sectors without federal help.

“This legislation brings us closer to the light at the end of the tunnel,” Gov. Cuomo said after Wednesday’s vote.

In addition to direct aid, the legislation expands tax credits for children, child care and family leave, with a particular focus on low-and-middle-income earners.

But Republicans claim the aid bill will saddle future generations with trillions of dollars in debt and accused Democrats of ignoring that fact. “Their children will have to pay it back,” Rep. Tom Rice (R-S.C.) said.

Republicans notably never voiced similar fiscal concerns while Trump pushed various costly measures through Congress, including the 2017 tax cuts, which could add trillions of dollars to the national debt.

Pelosi blasted the Republicans for only complaining about debt when it concerns “money helping the poorest of the poor.”

“They didn’t hesitate to give large amounts of money to the richest people in America in the Republican tax scam,” she said.