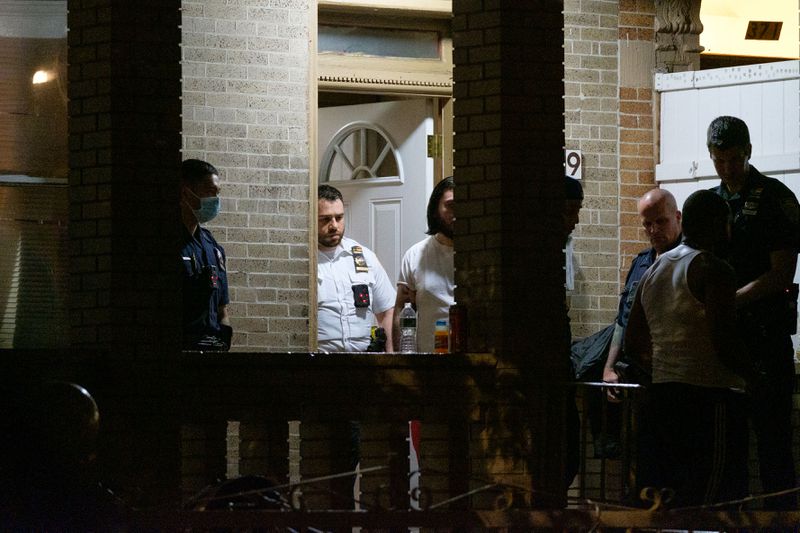 An 11-year-old boy wounded by a stray bullet from a drive-by shooting outside his Brooklyn house is afraid to come home from the hospital, his grandfather said Wednesday.

Tre Solomon was playing with friends outside his Flatbush home Tuesday night when shots rang out.

The boy and his buddies thought someone had set off firecrackers until Tre looked down at his leg and realized he was bleeding, according to Solomon.

“These kids were playing out here and somebody drove by and fired shots,” Solomon said. “First when they started shooting the kids didn’t run because they thought it was firecrackers. But when my grandson said, ‘I got shot,’ that’s when they started to run.”

Medics took the boy to Kings County Hospital but not before relatives, frustrated over the wait for an ambulance, struggled on their own to get him to a hospital.

“Before the police came, we tried to put my grandson in the car,” Solomon said. “But when we put him inside we didn’t have the keys to the car, so we put him in another car across the street. So he had blood in two cars.”

Tre is in stable condition.

“He’s at the hospital,” Solomon said Wednesday. “His mom is there, she’s the only one allowed.”

No arrests have been made. Cops said it was unclear who was the target.

“He’s one of my favorites,” a neighbor who gave her name only as Brenda said of the wounded boy. “That’s why I was so mad. It didn’t happen to the derelicts but it happened to the innocent. The people who are deserving of it didn’t get it. The fools running around are fine but it happened to a young boy who just wanted to see his friends.”

She said there weren’t a lot of people outside when the shooting started.

“Everything was kind of calm, so I don’t get it. The kids were running up and down on their scooters, on their bikes, when it happened. I had just come home around 9 o’clock and I was cooking. I just put the spaghetti on and I was going to go out on the terrace to take a smoke. As I’m walking out, boom! My sister comes running up the stairs and she tells me she got an alert on her phone that a boy just got shot. Then I saw all the cop cars.”

“I didn’t hear the gunshot,” Brenda added. “I always hear them but the firecrackers have been so crazy these days, you can’t tell.”