Hero Capitol Police cop was politically aware, killed by blow to the head with a fire extinguisher during Trump-inspired riot 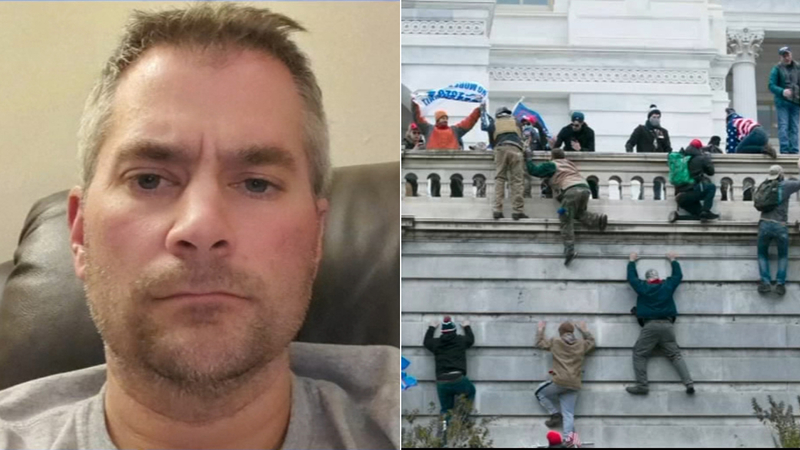 Officer Brian Sicknick, mortally wounded by a fire extinguisher to the head while defending the U.S. Capitol from rioters, was a true American patriot: An Iraq War veteran, unafraid to question his country’s leaders.

Sicknick, a 42-year-old New Jersey native, passed away around 9:30 p.m. Thursday, one day after he was attacked by rioters who invaded the Capitol following an incendiary speech by President Trump.

Flags at the Capitol flew at half-staff Friday to honor Sicknick, who joined the Capitol Police in 2008. No arrests were yet made in the killing of the veteran law enforcer, who was fatally injured in a wild scuffle with protesters, although federal officials promised a full investigation.

“Our thoughts and prayers are with the family and fellow officers of U.S. Capitol Police Officer Brian D. Sicknick,” read a statement from Acting U.S. Attorney General Jeffrey Rosen. “The FBI and Metropolitan Police Department will jointly investigate the case, and the Department of Justice will spare no resources in investigating and holding accountable those responsible.”

“The sacrifice of Officer Sicknick reminds us of our obligation to those we serve: to protect our country from all threats foreign and domestic,” said Speaker of the House Nancy Pelosi. “May it be a comfort to Officer Sicknick’s family that so many mourn with and pray for them at this sad time.”

Back in 2004, Sicknick penned a letter to his local New Jersey newspaper about the White House race between incumbent President George W. Bush and Democratic challenger John Kerry.

“Bush’s foreign policies are one reason the world has become as dangerous as it is,” wrote Sicknick. “I don’t know why everyone is brainwashed that only Bush can protect us.”

“I implore everyone to vote their conscience in the upcoming presidential election,” wrote Sicknick. “No more rewarding incompetent politicians with a second term.”

Sicknick, who grew up in South River, N.J., was a graduate of the Middlesex County Vocational Technical High School in neighboring East Brunswick, N.J.

He was living in Springfield, Va., at the time of his killing.

His passing brought the number of fatalities in the riot to to five, including one protester who was shot to death by Capitol Police and three other civilians who died during the rampage.