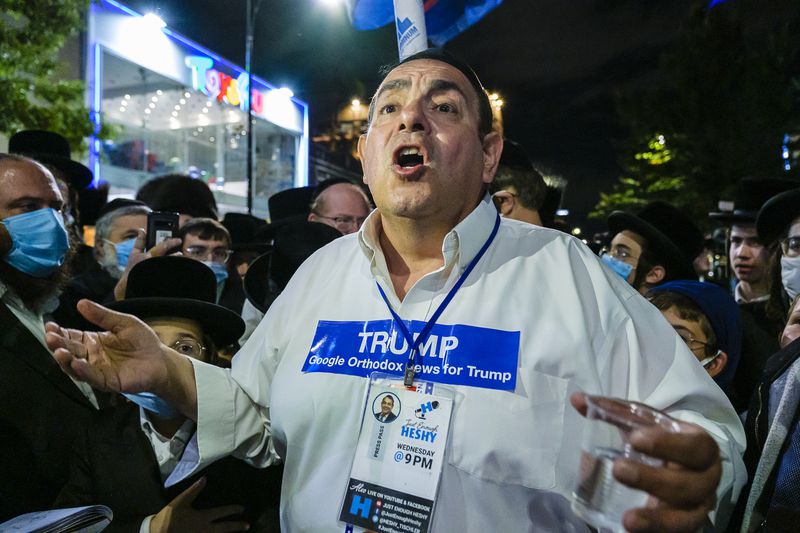 Controversial New York City Council candidate Harold “Heshy” Tischler was taken into custody Sunday night for the Wednesday night attack on an Orthodox Jewish reporter in Brooklyn — a full day before his planned surrender to the NYPD.

Cops picked up Tischler at a residence in Brooklyn. He’s expected to be charged with inciting a riot and unlawful imprisonment.

On Friday, Tischler tweeted that he’d turn himself into police Monday morning for the alleged attack on Jewish Insider reporter, Jacob Kornbluh.

But the NYPD chose not to wait or take him at his word: On Sunday, members of the Warrant Squad picked him up.

In a video posted to Twitter, Tischler can be seen arguing with the officers, telling them that he and the NYPD “had a deal.”

“I don’t know what happened. This is above us,” an officer says, off screen, and Tischler responds, “You’re coming to arrest me now…. I told you they were going to trick me. I called. I even spoke to the chief. They tricked me. They’re telling everybody that I was supposed to be arrested tomorrow.”

He then tells someone off-screen, “He’s going to hit me now… watch.”

About 100 of Tischler’s supporters gathered outside the 66th Precinct Sunday night, but police said had already been moved to Central Booking before they arrived.

In the Wednesday violence, Kornbluh was reporting on a Borough Park demonstration when he was surrounded by a mob protesting coronavirus restrictions.

Kornbluh has said he was hit about the head and kicked during the confrontation.

“I just got a call from the precinct. They will be arresting me Monday morning. I’ll be taken in for inciting a riot,” Tischler said in the video posted to Twitter. “I will, of course, be pleading not guilty and Mr. Jacob Kornbluh is a very terrible, bad man.”

On Friday, Tischler also apologized for a video that showed him calling the mayor’s wife, Chirlane McCray, a “retard woman” and a “kurva,” which means whore in Yiddish.

“An arrest is expected in that case shortly, and obviously that just can’t happen. You cannot have someone assaulted for trying to actually report the news to everyone,” he said.

Gov. Cuomo also called for the NYPD to arrest Tischler, and for Brooklyn District Attorney Eric Gonzalez to prosecute him.