33 more NYC schools to close Thursday, after day of confusion 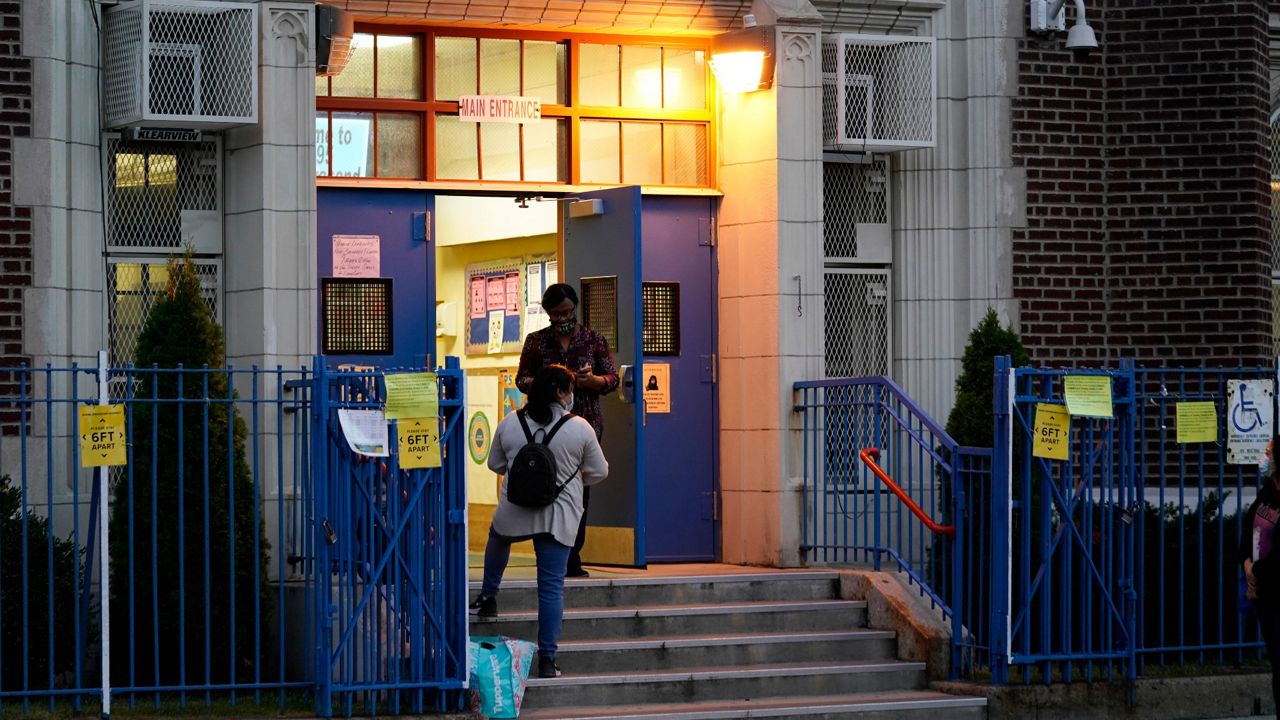 The new closures, confirmed just 12 hours before school was set to begin Thursday, come on top of more than 90 schools closed earlier this week because they were in city-designated hotspot zip codes.

The eleventh hour announcement caps a day of widespread confusion over which city schools would close under the new state closure rules issued Tuesday afternoon.

In total, 124 schools will be closed as of Thursday morning for at least two weeks, at which point health conditions will be re-evaluated, according to city officials. The 124 schools span 169 buildings because some programs span multiple sites.

Wednesday afternoon, before the official list of school closures came down, school officials desperate to figure out the new rules raced to figure out their schools’ locations on the state maps and notify staff and families suddenly expected to vacate their school buildings for weeks or longer.

“It’s crazy in here. We got almost no notice to grab everything and get ready,” said Megan Jonynas, a teacher at Public School 139 in Flatbush. “People are grabbing their entire curriculums.”

The confusion springs from shifting state and city guidance over the past several days over which schools should shut to stem the spread of the coronavirus.

But on Tuesday afternoon, Cuomo laid out the new system for deciding which schools would shutter, based on more detailed maps.

The state’s maps contain red, orange and yellow zones meant to designate the level of COVID-19 spread. Schools located in red or orange zones must close by Friday, the state says. But city officials specified the rules would take effect Thursday.

Cuomo’s zones overlap with the Zip codes city officials identified earlier in the week, but also include new swaths of Brooklyn and Queens where schools weren’t previously shut down.

Adding to the confusion, the original state maps posted Tuesday night contained borders that didn’t follow streets and cut diagonally through some blocks. The maps were updated Wednesday afternoon to track city streets.

Education Department officials said there are also 16 schools closed earlier this week that do not land in the state’s orange or red zones, but will stay closed nonetheless.

More than 300 city schools are in “yellow zones” designated by the state, which means they will not have to close but will have to get weekly virus testing of students and staff, beginning next Friday.

An education Department spokeswoman said “from the minute we received more detailed maps from the State this morning, the DOE has been working to quickly identify and notify all impacted sites.”

P.S. 139 in Flatbush, Brooklyn was outside the nine hotspot Zip codes designated earlier in the week — but falls into an orange zone on Cuomo’s more detailed map.

Teachers learned at noon Wednesday the school would close Thursday. School staff scrambled to notify families, some of whom had been sending their kids to in-person classes every day and will now have to make last-minute childcare arrangements.

“To give these families one day notice to find childcare is totally unacceptable,” said Jonynas, who raced Wednesday afternoon to redo the entire school’s schedule as all students were shifting to remote learning.

“What breaks my heart is we’d finally gotten to some sense of normalcy,” said a teacher in Sunset Park who learned Wednesday her school would close because it is in one of the targeted zones.

“Because not everyone decided to keep their masks on, now the opportunity to stay in school is taken away from them,” said the teacher, who asked for anonymity.

Queens Public School 196 in Forest Hills seems to fall just within the confines of the “orange zone” on the state’s map, but parents said they hadn’t been notified as of Wednesday evening that the school will close. The school appeared on the city Education Department’s Wednesday night list of schools slated to close Thursday morning.

Katya Choque, the parent of a third-grader at the school, was planning to send her son to school Thursday while she and her husband travel to Manhattan for work. “If we wake up and there’s no school…I’m going to freak out,” she said.