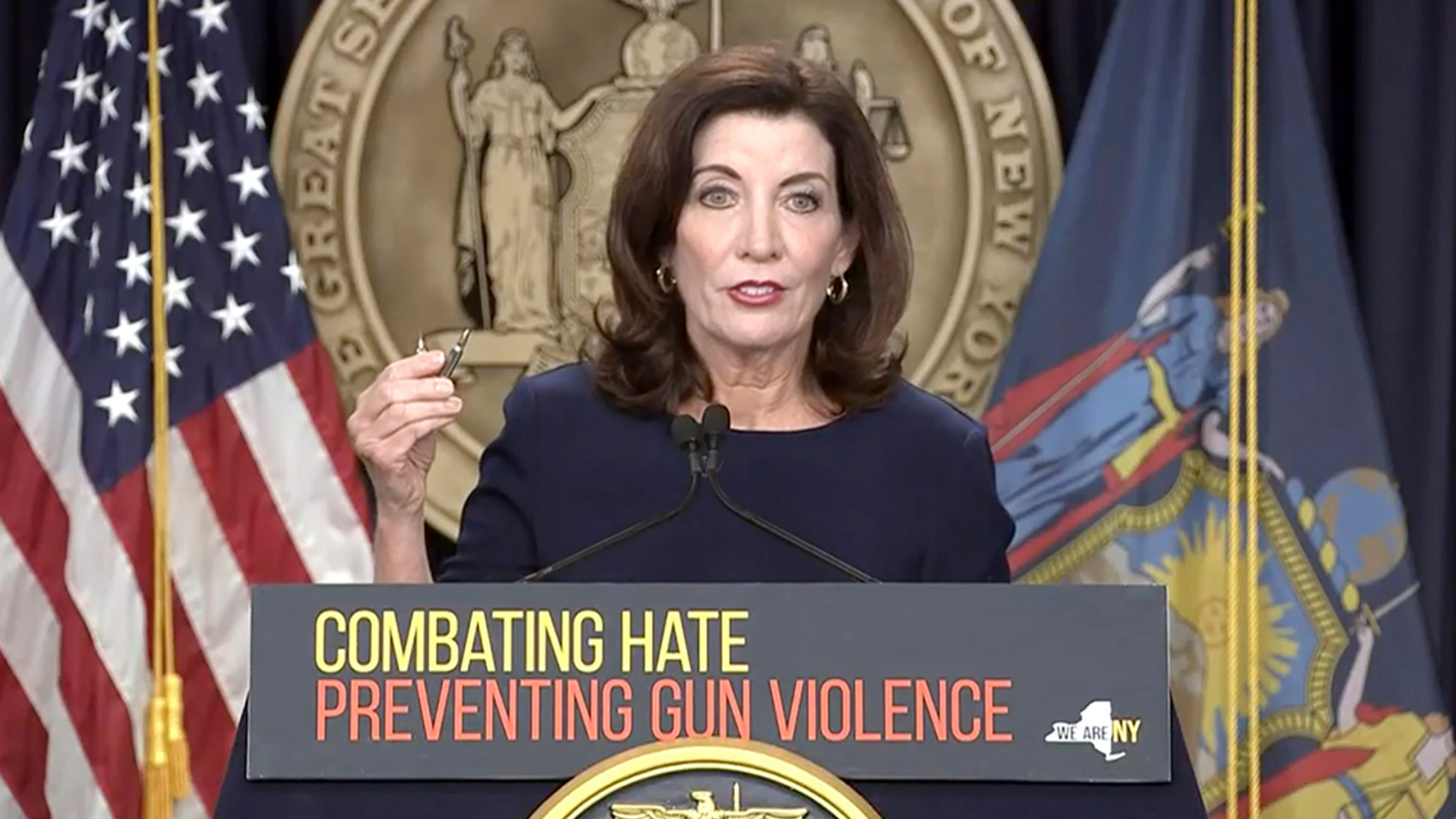 Governor Kathy Hochul and other New York state Democrats announced a package of gun reform bills in wake of the mass shootings in Buffalo and Uvalde on Tuesday.

A total of 10 bills were introduced in both the Assembly and Senate that would tighten New York’s gun laws, close loopholes, and address gaps in the law that were exposed by the horrific events that transpired.

“Within the last month, two horrific mass shootings in Buffalo and in Texas have rattled this nation to our core and shed a new light on the urgent need for action to prevent future tragedies,” Hochul said. “New York already has some of the toughest gun laws in the country but clearly we need to make them even stronger.”

Among the proposed legislation is increasing the minimum age required to buy a semi-automatic rifle from 18 to 21.

The bills would also require information to be shared between state, local and federal agencies when guns are used in crimes and require microstamping for new guns.

One bill would bar anyone who isn’t in law enforcement or security from buying body armor, noting that the Buffalo shooter wore a vest.

Another would make threatening a mass casualty event a crime.

Others would increase accountability for social media platforms and eliminate grandfathering of large-capacity ammunition feeding devices.

The proposed legislation would also strengthen the Red Flag law by expanding the list of people who can file for Extreme Risk Protection Orders.

“We will strengthen our Red Flag law so those that are a risk to themselves and others don’t fall through the cracks of the system,” New York Speaker Carl Heastie said.

“We know that when someone in New York decides to go to Pennsylvania or other neighboring states to get things they can’t get in New York we’re at a loss,” Senator Todd Kaminsky said. “So we’ll do everything we can, but it still won’t be enough”

“We will never genuinely resolve this problem in the United States until the gun industry and their allies in Congress and their allies in some states as well stop preventing the common-sense laws that everybody knows will stop violence,” Senator Brian Kavanagh said.

However, not everyone was in favor of the gun proposals, including New York State GOP Chairman Nick Langworthy.

“If Hochul and legislative leaders cared about shooting victims, they would vote today to repeal their disastrous bail laws that have turned our streets over to violent criminals,” he said. “Instead, they are focused on giving themselves election-year talking points and a pat on the back without doing the hard work.”

He states that the package of bills does nothing to address the underlying mental health crisis contributing to the problem and that it doesn’t invest in securing schools.