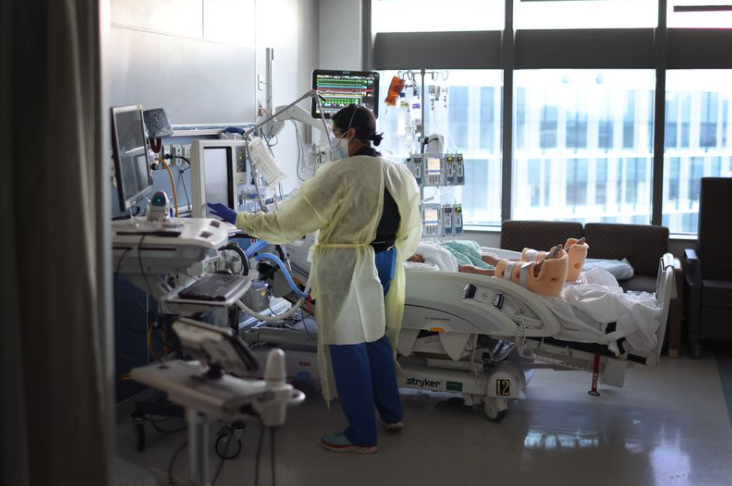 The worldwide death toll from the COVID-19 pandemic has surpassed 6 million.

According to data from Johns Hopkins University, the number of daily deaths has dropped to around 7,000, one of the lowest rates since March 2020. However, because of recent spikes, the last month saw about 1 million deaths. The number of deaths is believed to be undercounted, too. In the U.S. alone, the Centers for Disease Control and Prevention believe the true death toll to be about 33% higher.

The U.S., Brazil, Russia and Mexico have reported the most deaths overall.

There have been 446 million reported cases of COVID-19 globally, according to Johns Hopkins University’s data.

Officials stressed that the pandemic is not yet over.

“Many countries are facing high rates of hospitalization & death. With high transmission, the threat of a new, more dangerous variant remains real. We urge all people to exercise caution and all governments to stay the course,” World Health Organization director-general Tedros Adhanom Ghebreyesus tweeted on Sunday.

The worldwide vaccination rate is about 57%, but varies wildly depending on the country. In low-income countries, the rate is under 15%.