Giants’ offense to take cues from Cowboys’ past for future success 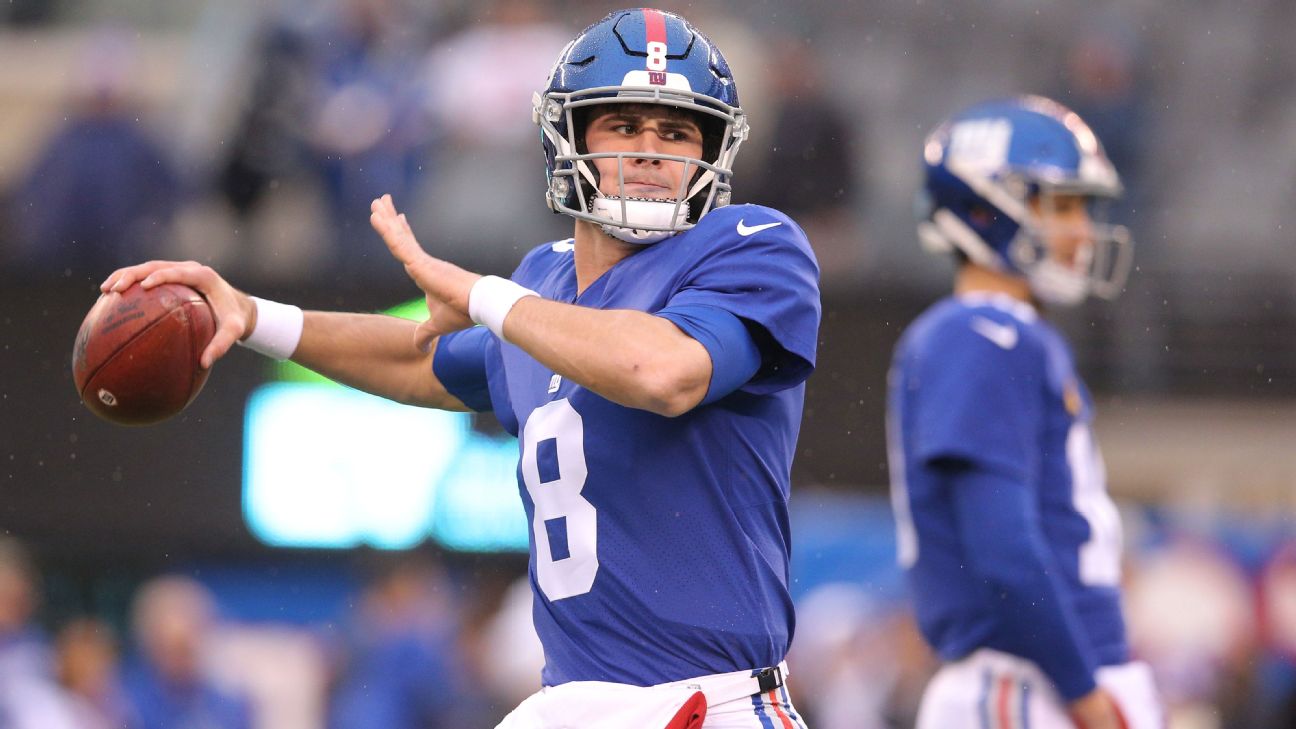 Times have changed. So much so that New York Giants starting quarterback Daniel Jones is calling on Tony Romo, one of the franchise’s old rivals, for help. Running back Saquon Barkley expects to reach out to current Dallas Cowboys running back Ezekiel Elliott at some point as well.

Jones had a conversation over the past few months with Romo, the former Cowboys quarterback and current CBS analyst. And Jones expects there to be more as he digs deeper into Jason Garrett’s new offense with the Giants.

Garrett was the Cowboys’ offensive coordinator and head coach from 2007-19. Romo played in his offense until 2016.

“I have [talked with Romo] a little bit, not a ton to be honest with you,” Jones said Wednesday on a conference call with reporters. “I’m sure I will as we get going.”

The Giants’ new offense is expected to have similarities to what Dallas ran for 13 seasons under Garrett. That would put Barkley in the role of Elliott and Jones in the spots of Romo and Dak Prescott.This has the Giants excited about the possibilities.

Jones has been spending much of the past month consuming the new playbook. There is a lot to learn. He noted that the terminology has been the biggest difference.

“There are going to be some similarities with Daniel, but I would not say it’s a carryover in any way, shape or form from his rookie year,” Giants coach Joe Judge said.

Romo was a four-time Pro Bowl quarterback under Garrett. Elliott has led the league in rushing yards in two of his four professional seasons.

Barkley said it has him intrigued.

“I haven’t contacted Zeke yet but it’s something I do plan on doing,” Barkley said. “But I kind of want to dissect and get the system down myself and then get to Zeke and see what he was doing here and what he was doing there. It’s kind of like with anything. There [is] some basic stuff that you learn and some basics you have to be able to do, but at the end of the day there is some stuff you have to do as a football player to become great and use your creativity. And I will definitely use him to try to learn from him and see what he was able to do.”

The system isn’t the only change for Jones and the Giants. Jones admitted to feeling the responsibilities of being a leader this year. That wasn’t necessarily the case last season as a rookie with Eli Manning in the quarterback room.

Jones called it “a little bit awkward” at times last season with him as the starter for most of the season and the two-time Super Bowl MVP and franchise legend as his backup. He still thought it went well.

Jones enjoyed working with Manning and learned a ton from the accomplished veteran. He viewed the experience as a “huge advantage” with Manning as his sounding board.

Jones was in New Jersey at the beginning of the year working with some of his teammates. He even had some of his receivers (Sterling Shepard and Darius Slayton) down in Duke for throwing sessions.

But he has been at his parents’ home in Charlotte now with coronavirus restrictions having shut down New Jersey for months. He’s there with his mom, dad and three siblings, working out at his makeshift home gym and throwing to a small group of current and former college players at a local park while following North Carolina’s social-distancing guidelines.

“It will be different,” Jones said. “It will be an adjustment. Looking forward to this year and this team we have.”