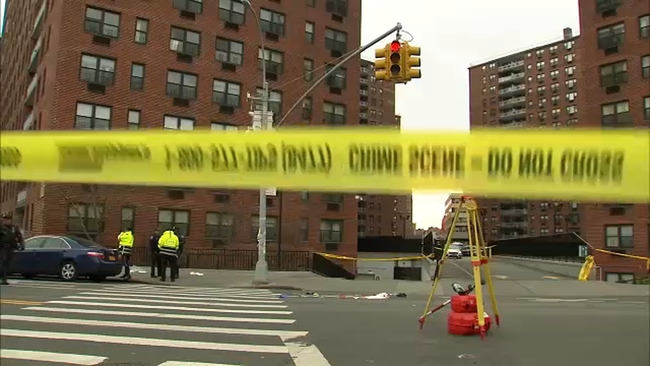 The MTA is making plans for the future, testing social distancing markers at some stations and floating the idea of bus and subway rides by reservation.

“To give a little more guidence to folks who are in the system about what 6 feet looks like, where it is and how you would social distance,” interim NYC Transit President Sarah Feinberg said. “We just wanted to see how the few riders we have would react to it. Would they automatically go to the X? Would they miss it? Would they see it on the floor?”

MTA Chairman and CEO Pat Foye suggested that riders in the future could be asked to reserve a space on a bus or train ahead of time in order to reduce density and facilitate distancing.

Foye was asked about the future of transit during an interview on 1010 WINS.

“We are looking at everything, everything is on the table,” he said. “The first thing we are looking at is staggered hours and staggered days of work, would be one. And we are appealing to the business community, which frankly, many members are already contemplating that. Second would be a continuation of telework and remote working, which I think will be part of life in New York going forward. But we are going to be looking at technologies that can monitor. We’ve got cameras on almost every station. They can be used to determine passengers on a platform, passengers on a mezzanine, and we will be looking at that. And we will be looking at ways to control the number of passengers. Obviously social distance, wearing a mask, and staying six feet away is going to be nearly impossible on mass transit anyplace.”

Foye said there could be other measures to promote mandatory spacing, and lines are already popping up on subway platforms and mezzanines to remind commuters to keep their distance.

“We are seeing how that pilot goes,” he said. “It appears to be having the desired effects, and we will make a decision at the state and city level as to whether it should be expanded. But the early indications are positive.”

But not knowing how the vast and once very crowded system will return is why Feinberg says so many options are being considered.

“For those using the subway system, everyone is going to have to be very vigilant about wearing a mask but not having the expectation that six feet is going to be possible most times during the day,” she said.

Foye stressed that the current focus is essential workers who are riding the subways and should now be wearing masks.

The MTA also announced it will have distributed a total of 1.9 million masks and over 4 million pairs of gloves by next week across New York City Transit, the MTA Bus Company, Long Island Rail Road, Metro-North Railroad, MTA Bridges and Tunnels and MTA Police Department.

“The distribution of personal protective equipment is part of a continuous commitment to protect our heroic frontline employees during the COVID-19 pandemic,” MTA Chief Safety Officer Patrick Warren said. “Our heroic employees deserve to have the PPE they need in order to be safe.”