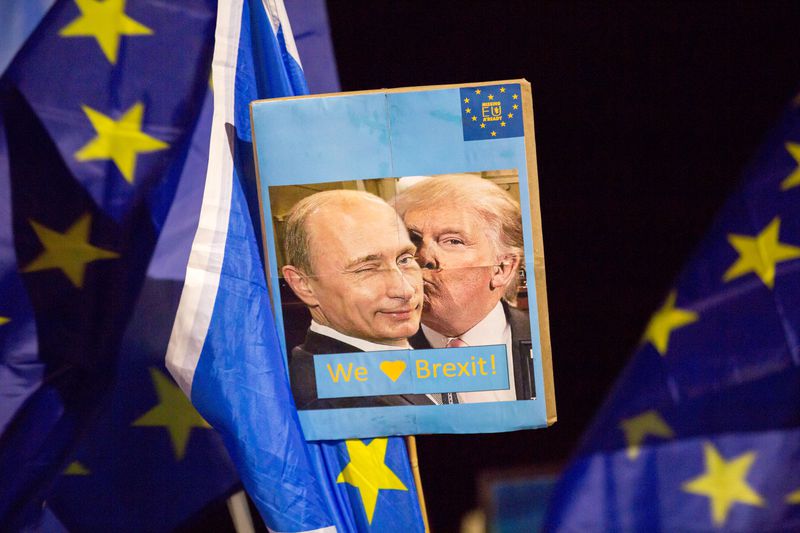 Except when he doesn’t.

“If the first people you met from….so-called American Intelligence were Dirty Cops … you could perhaps understand my reluctance to embrace!” Trump tweeted.

Trump started the day by slamming John Bolton, his fired National Security Adviser who wrote a critical tell-all memoir about his time in the White House.

Bolton, an uber-hawk whom Trump derided as “one of the dumbest people,” claims that Trump regularly took Putin’s word over that of our own intel.

The president continued by admitting that he distrusts American intelligence because of his disagreements with President Obama’s appointees like fired FBI Director James Comey and “Wacko” CIA director John Brennan.

National Security Adviser Robert O’Brien claimed in a Sunday interview that the U.S. has “made it clear” to Russia to stop the campaign.

But O’Brien pointedly refused to say if Trump has ever even mentioned the issue to Putin in one of their regular chats, let alone read him the riot act.

Democrats believe Trump is happy for a rerun of the 2016 scenario in which he welcomed Russian help for his campaign to trash Hillary Clinton while maintaining plausible deniability about actual collusion with Putin’s team.