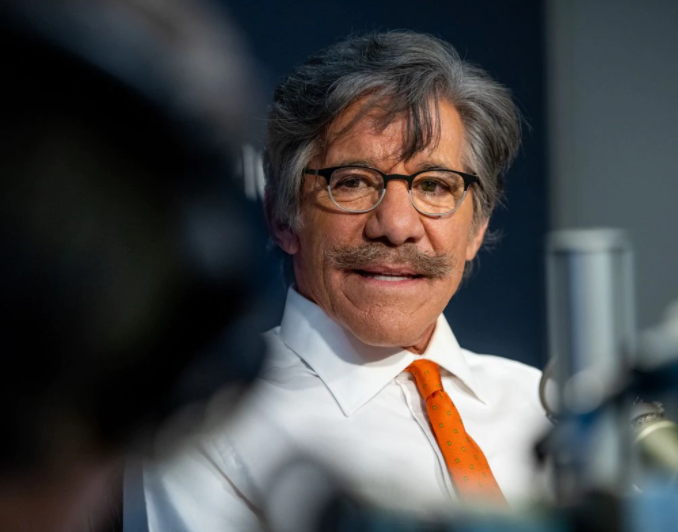 “Facebook is full of s–t,” Rivera tweeted after the social media platform decided to uphold its suspension of the 45th president’s account following the Jan. 6 storming of the U.S. Capitol.

Trump had used his social media platforms to falsely convince loyalists that he had won the 2020 presidential election.

“Althought (sic) cloaked in pomposity, banning #DonaldTrump — when it allows every knucklehead in the world to post whatever/whenever — is a clear violation of former president’s Constitutionally guaranteed Freedom of Speech,” Rivera tweeted.

Replies came fast and furious, reminding Rivera that the Constitution says “Congress shall make no law respecting an establishment of religion, or prohibiting the free exercise thereof; or abridging the freedom of speech, or of the press.”

As noted by many people who responded to Rivera’s tweet, nowhere does the Constitution say the government can tell companies what they must publish.

“The Free Speech Clause of the First Amendment prohibits only governmental, not private, abridgment of speech,” argued one user, citing a 2019 Supreme Court decision stating that a public access station is not a state actor.

“Nonsense!” he tweeted. “The former President can say whatever he likes, but he has no constitutional right to a social media platform, unless said platform is provided by the government.”

The former president launched a website Monday where his thoughts on a variety of topics can be seen. He also remains a prominent figure at Fox News.

“Facebook is a private company, when he signed up for it, he had to agree to follow a set of rules like everyone else,” tweeted Zach Coneely. “He violated their terms and got banned. Nobody is preventing him from speaking, and you know what he did to earn that banning.”

One Rivera supporter argued that “FB along with Twitter, Google, etc, have become the new Town Square” and according to him, should be treated accordingly. Another tweeter cited “Burton v. Wilmington Parking Authority,” which found a private business can be seen as a “state actor” in some cases.

In a way that might better illustrate the point for Rivera, one wisecracker using the name of a “Lost In Space” character wondered if the First Amendment guarantees everyone a show on the TV network where the 77-year-old broadcaster works.

“Oh Geraldo my dear boy why do I not have a Fox News cable show when they seemingly let every Addlepated nobody have one?” asked Dr. Zachary Smith. “This is a clear violation of my constitutionally guaranteed freedom of speech.”

Facebook started as a private company in 2004 and became publicly traded in May 2012, which required it to report to the SEC. Facebook is not a government organization.

Rivera, who has urged Trump to concede that he legitimately lost the election to President Biden, frequently defends the former reality TV star whom he calls a “friend.” He has also suggested that the COVID vaccine should be called “The Trump.”

In addition to drawing numerous corrections, that statement also prompted at least one person to note that May 5 is a day of celebration.