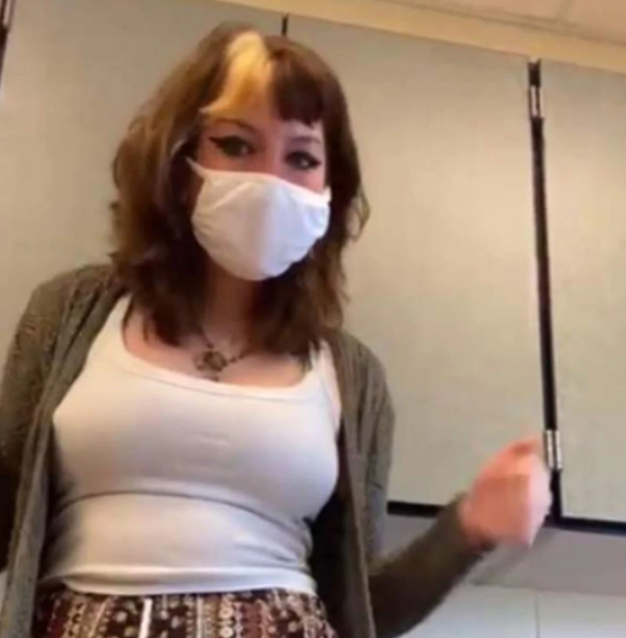 An eighth grade student in Florida was suspended for 10 days after clashing with administrators over the school’s dress code and a teacher’s alleged comments about her body, News4Jax reported.

The 14-year-old student spoke to the news station along with her mother, saying she was wearing a full-length tank top with a cardigan when a teacher made a remark about her body as she was leaving the classroom.

“(The teacher) told me I was ‘letting them hang out for the whole world to see,’ as I was exiting the classroom,” student Alice Wagner told the station. “I went to the bathroom and I came back and I said, ‘You need to stop sexualizing 14-year-old girls.’ I grabbed my stuff and I removed myself from the situation.”

Wagner said she then visited the office at Yulee Middle School in Yulee, Fla., to call her parents but wasn’t allowed to use the phone. The situation escalated into a heated exchange with administrators that ended with the 10-day suspension, she said.

“So, I don’t think it’s okay for her to talk to teachers that way,” mom Sarah Wagner told News4Jax. “But I understand why she was angry. She was basically sexually harassed by her teacher.”

Sarah Wagner said the teacher did apologize for the comment.

“She did understand what she did was wrong,” the mom said of the teacher.

The mother and daughter said they decided to speak with News4Jax to call attention to what they consider a “systemic problem.”

“I believe that teachers are targeting women with mature bodies, women in general absolutely,” Alice Wagner said. “So just because I have a little bit of breasts, I get targeted.”

The student said she was told her undergarments were visible with the tank top, but she argues the cardigan she was wearing that day as well offered more than adequate coverage.