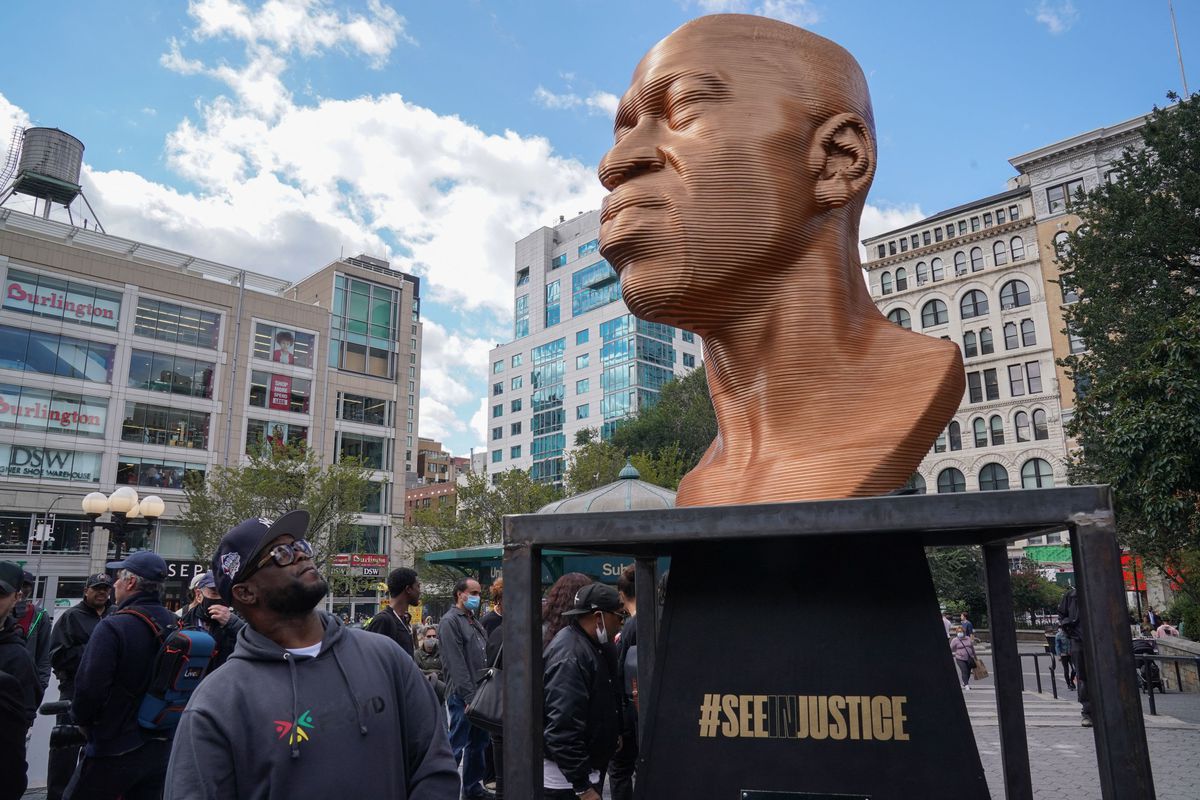 It was the second time that the memorial has been vandalized. On June 24, four men with bandanas spray-painted a white supremacist message on the statue when it was displayed at Flatbush Junction in Brooklyn.

After the prior incident, the piece was taken to a studio to be cleaned and then later placed in Union Square Park.

Cops are investigating the Sunday incident.

“We are heartbroken that this act is just another indication that we have a long way to go to achieve a greater understanding of the issues this exhibition was designed to address,” said Jennifer Falk, Executive Director of Union Square Partnership.

“We have every confidence that NYPD will get to the bottom of who did this, and we are grateful to Confront Art and the artist for remediating the damage immediately so that the exhibition can continue for all those who have yet to come to Union Square to view it.”

Andrew Cohen and Lindsay Eshelman, co-founders of Confront Art, and LaCrown Johnson of We Are Floyd issued a statement.

“It takes a lot of courage to display the three statues we are exhibiting in Union Square. It also takes a good deal of courage to vandalize a statue on a global stage in broad daylight,” they said.

“This continues to bring light to our mission that art is a conversation catalyst, a place for public discourse, and through these acts we can hopefully overcome hate and find unity for the future. We continue to be inspired to create and display public art to further this important mission!”

In the Brooklyn incident, police released video of the suspects, which showed one of the men shaking a can of spray paint. Floyd’s face was covered in black paint and the web address for “Patriotic Front,” a white supremacist group, was stenciled on the statue.

The statue is made of a special plywood often used in boat-building called okoume marine grade. The bust is covered in bronze metallic exterior paint. It is meant to represent a global understanding of injustice and how it can lead to action and then change.