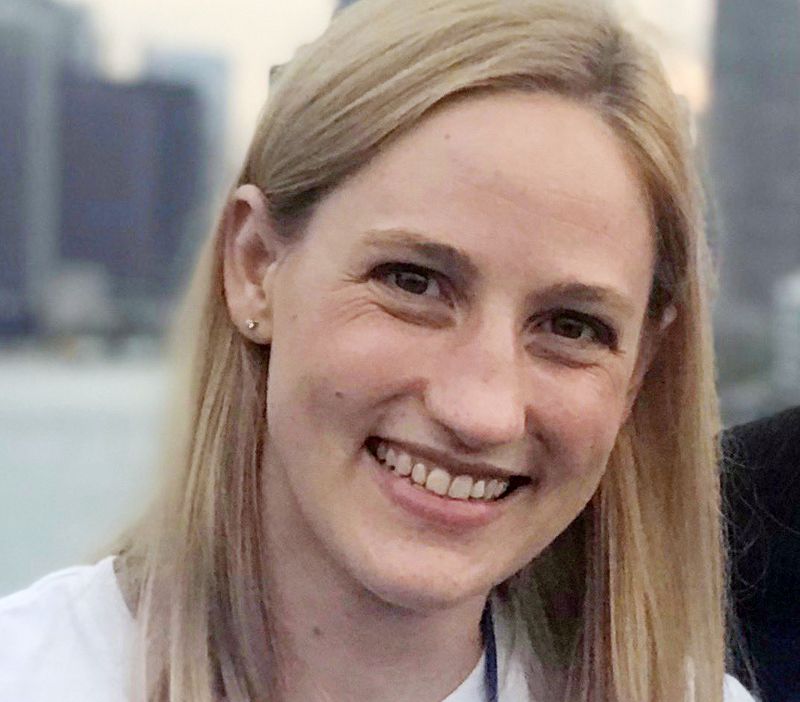 A prosecutor who works for the Brooklyn District Attorney’s office was struck and killed by a charter bus while she was bicycling in east Williamsburg early Monday, authorities said.

Sarah Pitts, 35, was biking east on Wythe Ave. near Williamsburg St. when she was hit at about 12:35 a.m. Medics rushed her to Bellevue Hospital, where she could not be saved.

“Our office is devastated by and mourning the tragic death of Assistant District Attorney Sarah Pitts,” Brooklyn District Attorney Eric Gonzalez said in a statement. “She was a brilliant and compassionate lawyer dedicated to seeking justice. We are overwhelmed by this sudden loss.”

Pitts, who got her law degree from the University of Pennsylvania, joined Gonzalez’s office in 2018. She was assigned to appeals and also worked with the Post-Conviction Justice Bureau, where she reviewed parole applications.

“And when the COVID crisis struck, Sarah selflessly volunteered to come into the office to help with urgent matters and to relieve the administrative staff so they would not bear the full burden of the pandemic,” Gonzalez said. “She was a kind and generous worker who will be greatly missed.”

She joined the office because she believed strongly in bringing progressive values to the criminal justice system, said Gonzalez’s former general counsel, Tali Farhadian Weinstein, who worked with her on a daily basis.

“Honestly, she was really a light. She was just an extraordinary person,” she said. “For me, she was the beating heart of the Post-Conviction Justice Bureau.”

Pitts was so dedicated that she visited a recent parole applicant in prison and spent the day with him to find out if he merited early release, said Farhadian Weinstein, who’s running for Manhattan D.A.

“That was just the kind of thing she would do. She was dedicated,” she said.

The bus that hit Pitts belonged to Excellent Bus Service, police said. The driver had no alcohol in his system, and had a valid license, cops said.

He remained on the scene, and police were still investigating the crash Monday afternoon. He has not been charged.

The charter company did not immediately return a phone call seeking comment Monday.