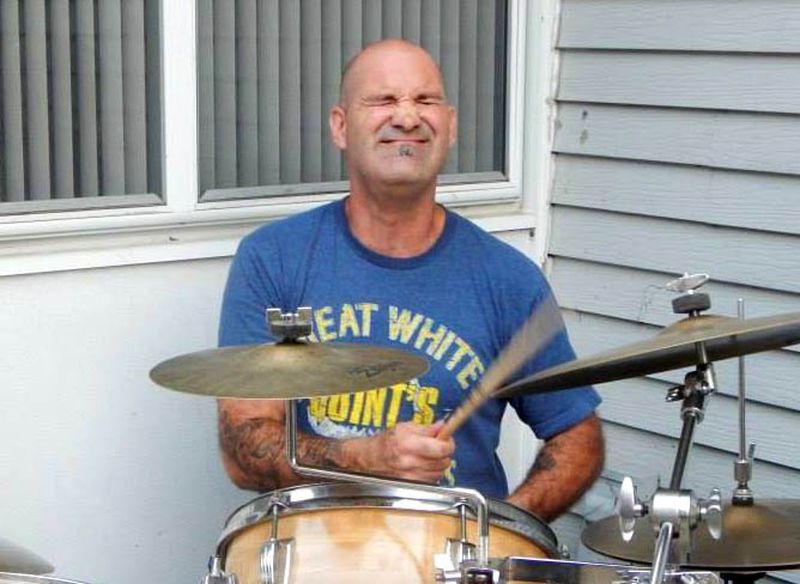 Twenty years ago, a tight-knit trio of Brooklyn brothers was torn apart when the youngest lost his life in a tragic freak accident on the way to work.

Michael Kaplan, a 25-year-old architect, left his home on the morning of Feb. 1, 2020 and was headed for his job at Kennedy Airport when he slipped on ice and was fatally struck by an oncoming bus.

The young man’s death sent shockwaves through his Canarsie community and left his older brothers, Eric and Barry, devastated but united in their grief.

“As far as family goes, it was just me and (Barry),” Eric told the Daily News Monday. “We didn’t really have anyone else. But Barry was always the stronger out of the two of us.”

Eric’s world came crashing down for the second time on July 19 when history tragically repeated itself.

He lost his sole surviving brother in another traffic accident.

Barry, 52, was killed while riding his motorcycle as he made his way home from a long day on the Coney Island boardwalk. As he traveled eastbound near the Knapp St. exit in Sheepshead Bay around 4:30 p.m., he lost control of his bike and struck the guardrail, authorities said.

Kaplan, 59, rushed to be at his younger’s brother’s bedside at NYU Langone Hospital in Brooklyn, but it was too late.

“The nurse started to tell me about the things that happened to him. I cut her off and asked if he was alive or not. She said, ‘No.’ And I just started to break down, and my wife did, too,” Eric said.

After Michael’s death, Eric began suffering grand mal seizures as a result of his emotional trauma, which have wreaked havoc in his both his personal and professional life over the past two decades. During one particularly bad seizure, he broke his nose and collapsed in the street.

“Two of my brothers have died from traffic accidents. I’m trying to get on disability now, but it’s hard,” Eric said, tearing up. “Now I’m afraid to even take the train, because who is going to help me?”

Described as a dynamic and loving man by his family, Barry was a Marine Corps veteran and a former blues drummer. In recent years, he started experimenting with heavy metal rock, his brother said. Outside of his musical pursuits, Barry enjoyed fishing and dirt biking around Brooklyn.

And he loved animals, doting on his beloved schnauzer Howie.

Barry was given a military funeral at Calverton National Cemetery in Wading RIver, L.I., on July 30. Only about 10 people attended, due to New York’s social distancing guidelines. But Barry had so many friends, his brother said, that the service was also streamed via Zoom.

Motorcycle fatalities were up 42% in the city through August compared to the same eight-month period last year, according to NYPD data. Since those figures were released Friday, fourmore New Yorkers have died on their bikes.

Though Barry had a profound impact on the people around him, his brother said he’d always been a humble and gracious man.

“You know, Barry would not believe this, that someone would be writing a story about him,” Eric said. “He had a smile that lit up a room.”