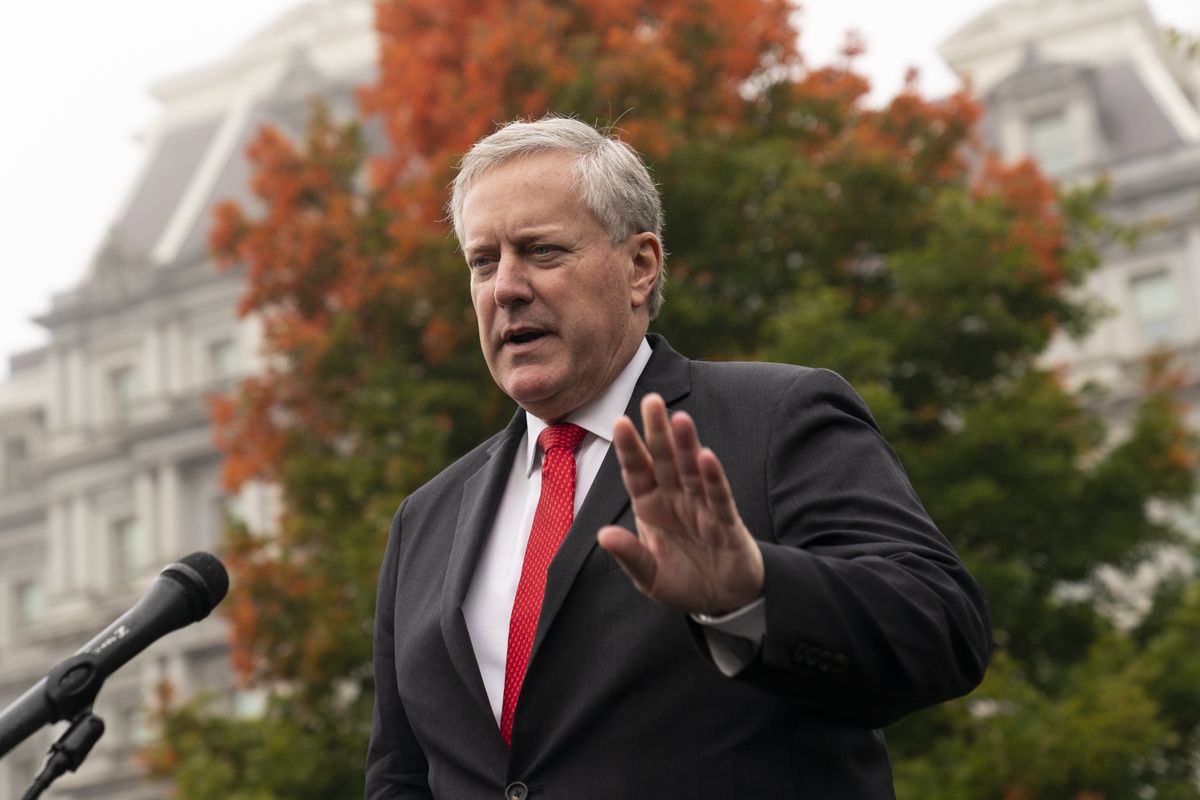 More than 2,000 texts to and from ex-White House chief of staff Mark Meadows have recently come to light to reveal widespread panic among numerous high-profile Republicans as the Jan. 6 attack on the Capitol unfolded, CNN reported Monday.

“Please tell the President to calm people This isn’t the way to solve anything,” Greene wrote to Meadows. He didn’t respond.

The oldest son of Trump, Don Jr., warned Meadows to tell his father that his entire presidential legacy was being trashed by the thousands of pro-Trump extremists marauding through the Capitol.

“This [is] one you go to the mattresses on. They will try to f— his entire legacy on this if it gets worse.”

The new texts emerged months after a smaller cache of messages were turned over by Meadows in November 2021 to the House panel investigating the Jan. 6 Capitol insurrection.

On Dec. 7., Meadows announced that he would no longer cooperate with the panel. “We now must decline the opportunity to appear voluntarily for a deposition,” Meadows’ attorney George Terwilliger wrote to the committee in a letter obtained by NPR.

Subsequently, Congress voted to hold Meadows in contempt in December 2021 and now the Department of Justice, led by U.S. Attorney General Merrick Garland, will have to decide whether to prosecute Meadows.

The latest series of texts shows just how quickly Trump’s MAGA allies sought to shift the blame away from their thousands of fellow Trump supporters who were captured on worldwide television violently attacking the citadel of American democracy.

Just an hour after pleading with Meadows to get Trump to call off the dogs, Greene floated the ridiculous conspiracy theory that the attackers were actually leftists masquerading as Trump supporters.

“Mark, we don’t think these attackers are our people. We think they are Antifa. Dressed like Trump supporters,” she said.

During testimony before Congress, FBI Director Christopher Wray was asked whether there was any reason to believe the insurrection was organized by “fake Trump protesters.”

“We have not seen evidence of that,” said Wray, who was appointed by Trump.