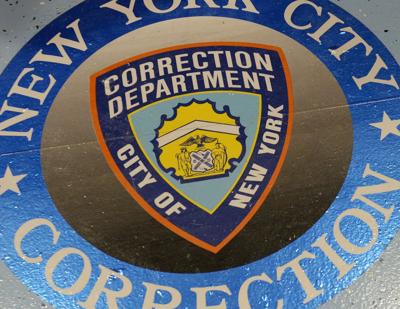 A New York City Correction Department captain out on sick leave used a phony funeral announcement complete with a picture of a man in a coffin to fend off a woman asking to know what happened to $40,000 he scammed her into investing, officials said Monday.

Steve Francois, 43, is charged with grand larceny for promising his unwitting mark he could make her $15,000 on a $40,000 investment, officials said.

“The man you and I was doing business with is dead,” Francois told the victim when she asked where her money went, according to court papers

The victim — a fellow correction officer, according to sources — met with Francois outside his St. Albans home on Sept. 3 and handed him the $40,000 cashier’s check with the understanding she would reap $55,000 from a “real estate investment” just a month later on Oct. 3. They even signed a contract, court records show.

“I want justice to be served and ultimately get my money back and be done with this,” the victim told reporters.”

Francois allegedly floated a series of explanations to extend the deadline. On Nov. 8, the victim said she needed to know where the money was and Francois allegedly said he would get back to her “before Thanksgiving.”

He even agreed to return her money on Dec. 13 via certified check, the records show.

As that deadline passed, the victim became concerned about her money and finally pressed Francois for information on Dec. 21. Francois responded by sending her the funeral announcement and pictures of the apparent dead man he identified as “Rahiem Breezy Starr,” the court papers show.

He claimed the man he had invested her money with was dead and the funds were gone, officials said.

After the woman complained to the Correction Department, investigations found Francois deposited the money into his account on Sept. 4 then withdrew almost all of it from Sept. 8 to Sept. 10.

Between September and December, Francois was one of hundreds of Department of Correction (DOC) staffers out on sick leave, officials said. He made more than $100,000 in fiscal year 2021, records show.

“This defendant promised to profitably invest the victim’s $40,000 but stole the funds instead, enriching himself at the victim’s expense and breaking the law,” said Jocelyn Strauber, the commissioner of the city Department of Investigation. “This defendant is a high-ranking member of DOC’s supervisory staff whose integrity must be a top priority.”

Francois, who could not be reached for comment Monday, was arrested April 4 and arraigned Sunday. His next court appearance is June 21. The case is being prosecuted by the Queens District Attorney’s office.

“Integrity is the most important quality that a law enforcement official must have,” Correction Department Commissioner Louis Molina said. “When they betray someone’s trust, they fail that person and the agency they represent.”