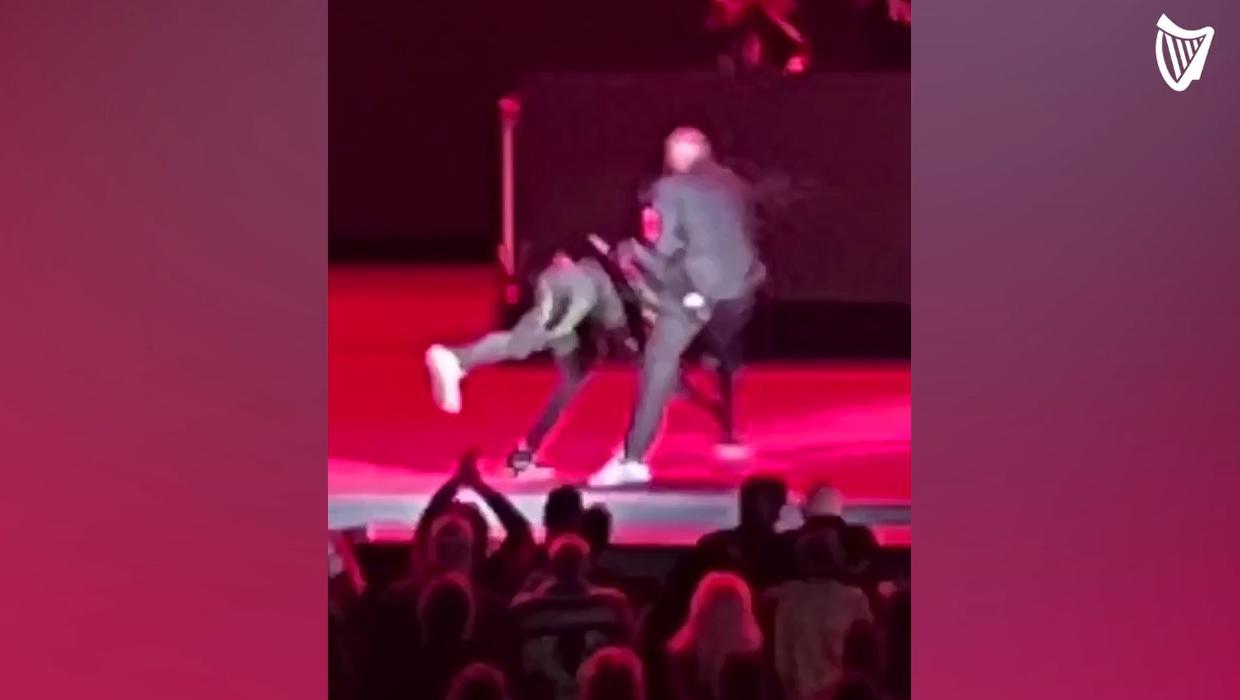 – Comedian Dave Chappelle was rushed and tackled by an individual while onstage at the Hollywood Bowl in Los Angeles on Tuesday night during Netflix’s first-ever live comedy festival.

Chappelle, 48, and the unidentified individual appeared to tussle on the stage floor during the Netflix Is A Joke Fest, before the individual ran away behind a screen on stage. Security personnel then surrounded and tackled the person in the rear corner of the stage.

Chappelle appeared to run toward the altercation, saying the individual was being “stomped.” He asked repeatedly for security to remove the person from the stage. While the individual was being subdued by security, Chappelle joked to the audience that the person was “a trans man.” The comedian has been criticized for his remarks about the transgender community, and there was backlash last year against his hourlong Netflix special “The Closer,” during which he said that “gender is a fact.”

Video circulating online and verified by reporters showed the chaotic scene outside the Hollywood Bowl after the show, as police and medics loaded a person into an ambulance. The incident occurred toward the end of the sixth night of the 11-day Netflix Is A Joke Fest, which runs until May 8 and features more than 130 performers at various venues across Los Angeles.

Comedian Chris Rock, who performed earlier in the night, came on stage with Chappelle moments after the attack and joked: “Was that Will Smith?”

Last month at the 94th Academy Awards, actor Will Smith walked on stage and slapped Rock across the face after the comedian made a joke about Smith’s wife, Jada Pinkett Smith, during his presentation for Best Documentary Feature. The Academy of Motion Picture Arts and Sciences’ Board of Governors has since banned Smith from attending any academy event or program, including the Oscars, for 10 years.