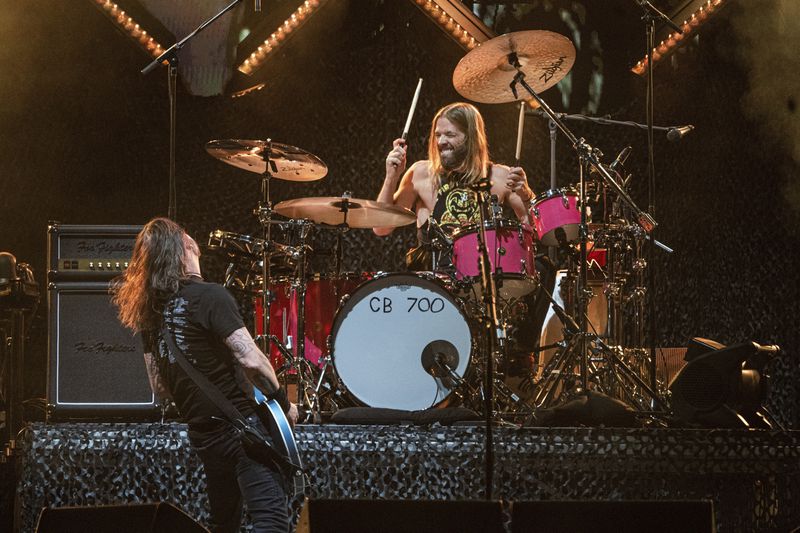 Taylor Hawkins, the drummer for Foo Fighters, has died at age 50, the band announced Friday night.

“The Foo Fighters Family is devastated by the tragic and untimely loss of our beloved Taylor Hawkins,” the group posted on social media. “His musical spirit and infectious laughter will live on with all of us forever.”

The band did not list a cause of death in the announcement.

Foo Fighters had been scheduled to perform at the Festival Estéreo Picnic in Bogota, Colombia, on Friday. Reports from Colombia said Hawkins was found dead in his hotel room.

Hawkins was inducted into the Rock and Roll Hall of Fame with Foo Fighters in 2021.

In 1997, Foo Fighters front man Dave Grohl asked Hawkins to join the band after William Goldsmith quit. Hawkins joined for the band’s 1997 tour. He played on 1999′s “There Is Nothing Left to Lose” and on the group’s subsequent studio recordings.

In 2001, Hawkins was in a two-week coma after overdosing on heroin. When he recovered he was worried if Grohl would accept him back in the band, but he did.

Grohl, who had been Nirvana’s drummer, played all the instruments on Foo Fighters’ first album and most of the drums on the second, leading to Goldsmith’s departure.

Hawkins knew when to defer to Grohl.

Hawkins handled an occasional lead vocal on Foo Fighters albums, and had side projects. in 2004, he formed the group Taylor Hawkins and the Coattail Riders. The band put out three albums. And in 2008, he sang the vocal for an unfinished song, “Holy Man,” by late Beach Boys drummer Dennis Wilson, which was released on the 2008 deluxe edition of Wilson’s 1977 solo album “Pacific Ocean Blue.”

Hawkins leaves behind his wife Alison and their three children.

“God bless you Taylor Hawkins,” tweeted Rage Against the Machine guitarist Tom Morello. “I loved your spirit and your unstoppable rock power. Rest In Peace my friend.”