FDNY has dozens of 9/11 ‘legacy’ employees: sons and daughters of responders killed in terror attacks 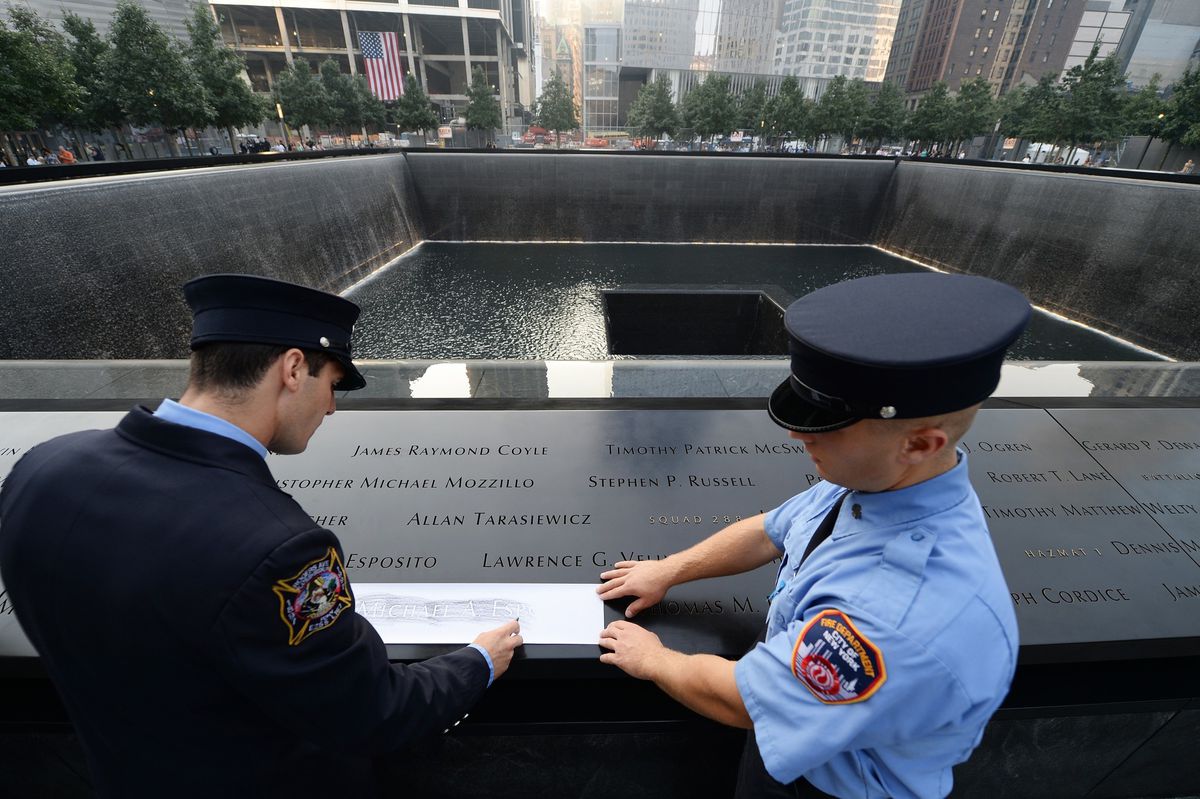 After bravely rushing into a national tragedy, the memories of first responders killed on 9/11 — and their desire to serve the city — live on as their children follow in their last footsteps.

Two decades later, more children of 9/11 victims are joining the FDNY than ever before, department officials said.

The FDNY currently has 65 “legacy” employees — the sons and daughters of first responders killed in the terror attacks. When the twin towers collapsed, 343 members of the FDNY, 37 Port Authority Police Officers and 23 NYPD officers perished.

The department’s largest “legacy class” graduated just two years ago in 2019 when 13 men and one woman became probationary firefighters. An additional six probies were the children of firefighters who died from illnesses linked to their exposure to the toxic air at Ground Zero.

Most of the new graduates, like Firefighter Greg Kumpel, were in grade school when their parents died. Kumpel was 10 when he lost his father, Firefighter Kenneth Kumpel. His younger brother, Carl, joined the FDNY in 2017.

“I never felt any sort of pressure to follow in my father’s footsteps,” Greg Kumpel told the Daily News as the 20th anniversary of the terror attacks approached. “Maybe (my brother) felt that way, he wanted to be a firefighter at an earlier age, like at 14 or 15.”

Kenneth Kumpel, 42, died when the South Tower collapsed. Kumpel was an NYPD cop before joining the FDNY and was assigned to Ladder 25 on the Upper West Side.

“I always remember him doing a lot,” Kumpel, 30, said about his dad, who built his childhood home in Orange County. “He was always active, either working around the house, building a pool or outside playing baseball. He was a stern person, but he had a goofy, fun-loving side.”

As his brother focused on becoming a firefighter, Kumpel spent his teen years with something else on his mind: America’s national pastime.

“As soon as I realized I could take baseball a little bit further, that was on my one-track mind,” Kumpel joked. “But I always knew that if baseball didn’t pan out, then I would be on a career path of service. I wanted to do something that helps people. That was the main thing.”

Today, Greg Kumpel is assigned to Engine 80 in Harlem. His brother is at Engine 37 — the next firehouse over.

“If I’m at a fire and someone taps me on my shoulder, it’s either a lieutenant or my brother,” he said.

It’s not brought up often, but honoring his father’s memory is always on Kumpel’s mind.

“You want to honor the legacy, but you have to be your own man and forge your own way,” he said. “But I want to carry the legacy and leave a good legacy behind me.”

When he signed on, Kumpel joined a fraternity of men and women quickly moving up the department ladder.

Chris Ganci, the son of fallen FDNY Chief of Department Peter Ganci, was promoted to battalion chief last May, becoming the highest ranking 9/11 legacy firefighter in the department.

Peter Ganci, the department’s highest ranking officer at the time, was directing rescue efforts outside the North Tower when it collapsed.

Like Greg Kumpel, becoming a firefighter was not a lifelong dream for Chris. In fact, the younger Ganci was pursuing a career in finance when the World Trade Center was hit.

When he thinks about his father, Chris remembers hugging his pop and catching a faint whiff of smoke from a past fire on his clothes.

“It’s a distinct smell and you smile,” he said. “He was a humble, humble guy. No matter how high up he was if you asked him what he did, he’d say he was a firefighter.”

Ganci joined the department in 2005 and became the valedictorian of his graduating class so he could talk about his dad in his speech.

“Sept. 11 destroyed my world,” he said. “When I joined the department I missed him so much. I chased my dad into this job, but over time I realized I was born to do this. It is an awesome career and my father felt the same way, but he never pushed it toward us.”

“As a chief I see how happy my dad was and how much he cared for the guys,” Ganci explained. “If there’s a close call, you feel a sense of helplessness, like a father who knows their kid is about to go on a roller coaster ride. You get a certain attachment to the guys.

“And everyone loves the red truck when it shows up,” he joked.

FDNY Fire Commissioner Daniel Nigro, who was promoted to Chief of Department after Chief Ganci’s death, said he’s proud to know that his longtime colleague’s children are on the path their parents started.

“He might be sitting where I am sitting someday,” said Nigro.

Legacy firefighters always have a special place in the commissioner’s heart.

“They know what could be the outcome, but they want to do the same thing and serve the same way,” Nigro said. “It’s a wonderful thing.”