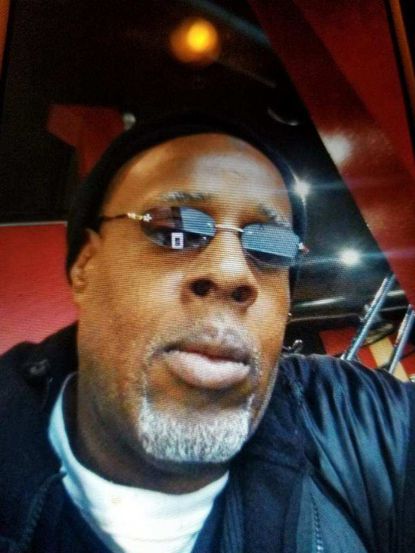 A 52-year-old man who suffered a fatal fentanyl overdose in an NYPD holding cell died before a surprise reunion with his daughters, his grieving family told the Daily News.

Malik Rahman died Aug. 25 in a cell at the 40th Precinct stationhouse in the Bronx after using the potent synthetic opioid smuggled in by another inmate, sources said. NYPD cops appear to have missed the contraband during two separate searches. Police did not discover Rahman’s body for two hours because no officer was watching the cells as required, sources said.

Rahman’s large extended family includes seven children and eight grandchildren. One of his daughters, Moesha Rahman, said she’d planned to surprise him with an in-person visit around Christmas.

“We talked a lot on the phone, but the last time I had seen him in person was when I was a baby,” said Moesha, 25, who lives in Florida. “I was finally going to see him face-to-face. It was going to be a surprise.”

Plans for the family reunion was to include a portrait documenting the first get-together of all of Rahman’s kids.

Much about the sequence of events prior to Rahman’s overdose remains unclear. The NYPD’s Force Investigation Division continues to probe the death, while the city medical examiner has yet to rule on how Rahman died.

Rahman was living in a residence for the formerly homeless at E. 148th St. and Brook Ave. in the South Bronx. A resident told The News that Rahman’s girlfriend stabbed him during an argument on Aug. 23.

The mother of two of Rahman’s children, Cynthia Johnson, 60, recalled him saying he was in a lot of pain from the stab wound, which sliced a muscle in his back.

She was stunned to hear that Rahman had overdosed on fentanyl.

“He smoked weed and drank any beer or liquor you want but I’ve never known him to do any other kind of drugs,” Johnson said. “That’s why I can’t believe he died of an overdose.”

After receiving treatment at Lincoln Hospital, Rahman was arrested in connection with the dispute with his girlfriend.

Rahman wound up in the stationhouse holding cell, where he was found unresponsive about 3 p.m. on Aug. 25. The NYPD declined to say whether any cops have been disciplined in connection with the death, citing an investigation.

“He loved his kids. He was looking forward to getting together. It’s so crazy that he’s dead and to find out it was in a police station,” Johnson said. “I want them to investigate and be held accountable. This is really unacceptable. he should not have died like that.”

Rahman, a Brooklyn native, frequently worked for apartment cleaning services. He had frequent run-ins with the law and struggled with homelessness after the 2012 death of his mother, Johnson said. He had lived on the margins of society, but was beloved by his family.

“He always told us to never give up,” Moesha said. “He also always said never let the right hand know what the left is thinking, keep people out of your business.”

Rahman’s relatives and friends scraped the money together for a wake and funeral to be held this week.

“I’m just taking it day-by-day, just trying to hold on,” Moesha said. “He didn’t deserve to die like this.”