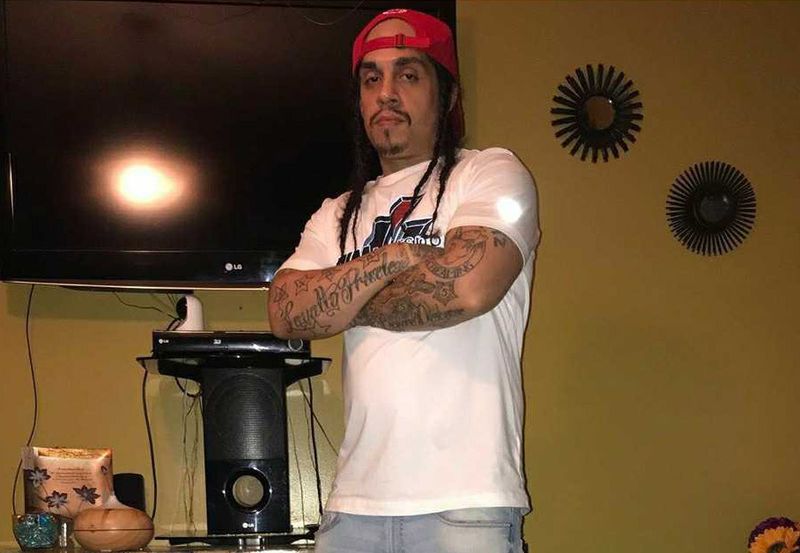 The family of a Bronx man newly released from prison barely had time to say hello before his violent goodbye.

Relatives of Jose Rivera, killed by gunfire outside his Hunts Point home one night earlier, gathered Saturday to create a memorial for the victim shot to death during a welcome-home barbecue.

Eight rounds were fired at the 35-year-old victim, who sources said was released from prison Wednesday after serving seven years upstate on a drug charge.

“We were celebrating him being home, man,” said the victim’s nephew, declining to share his name. “He was a good dude. Everyone who was outside was outside for him. He ain’t start no trouble, had no argument, and that just happened out of nowhere.”

An eyewitness said Rivera was shot multiple times outside his apartment building on Faile St. near Lafayette Ave. around 10 p.m. before he was rushed to Lincoln Medical Center and pronounced dead — leading his nephew to speculate that someone came gunning for his uncle.

“That was intended just for him,” the relative said. “There was people standing next to him, behind him, in front of him. There were kids outside. Whoever did it ain’t got no f—ing heart.”

The shooter remained on the loose Saturday as the victim’s family was left to mourn their loss.

His nephew acknowledged that Rivera was a “gangster,” but said the victim was looking to take a different path.

“He didn’t even get a shot to turn his life around,” the nephew said. “He just came home trying to make up for lost times. He ain’t even had enough time to get a job. He got killed right in front of his building.”