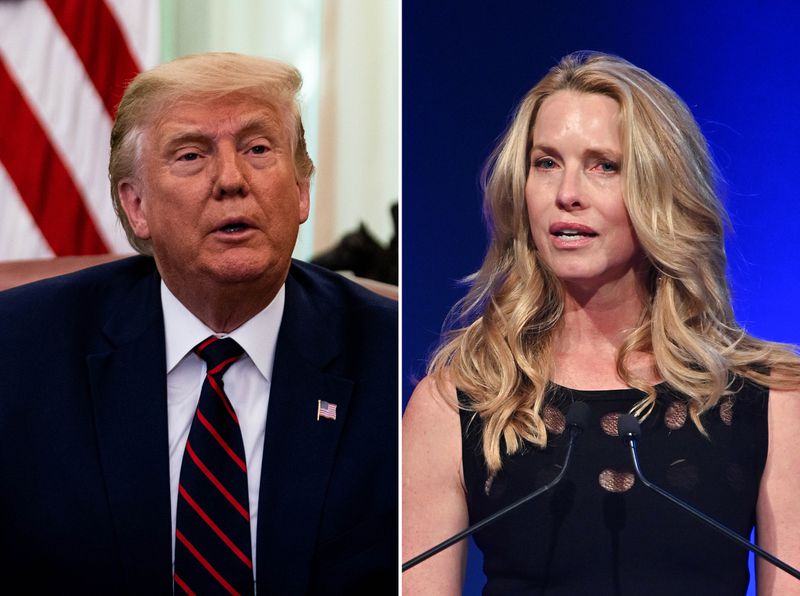 President Trump appeared to summon the trolls on Sunday and set them onto Steve Jobs’ widow, Laurene Powell Jobs, with a tweet that said The Atlantic was “failing” and “radical” in the wake of allegations that he had disparaged troops who died in the line of duty.

His comments came days after the 163-year-old magazine, which is backed by Jobs’ Emerson Collective, ran an article claiming he had called fallen soldiers “losers” and “suckers.”

Trump immediately denied the allegations after they surfaced on Thursday, calling the story “totally false,” the Associated Press reported.

But he didn’t stop there.

“Steve Jobs would not be happy that his wife is wasting money he left her on a failing Radical Left Magazine that is run by a con man (Goldberg) and spews FAKE NEWS & HATE,” Trump tweeted Sunday. “Call her, write her, let her know how you feel!!!”

This may or may not have been an invitation to naysayers and Trump supporters to pile onto the co-founder and CEO of the Emerson Collective, which is a main financial backer of The Atlantic.

The article was penned by editor-in-chief Jeffrey Goldberg, who cited four anonymous sources. Other outlets, including Fox News and AP, confirmed key aspects of his story. Other aspects were well documented, such as Trump’s trouncing of the late Sen. John McCain (R-Ariz.).

“He’s not a war hero,” Trump said in 2015 when both were presidential candidates seeking the Republican nomination, The Atlantic recounted. “I like people who weren’t captured.”

The usual social media back-and-forth ensued after Trump’s tweet, as Market Watch reported. Some people pointed out that Jobs had donated heavily to Democratic Presidential candidate Joe Biden’s campaign. On the other side, a commenter noted that “Trump seems to have been obsessed with Laureen Powell Jobs for a while,” re-posting a 2013 tweet about her having a boyfriend after her husband’s 2011 death.

The purported remarks about the war dead took place in 2018, when Trump skipped a visit to the Aisne-Marne American Cemetery in Paris, ostensibly because of bad weather and a lack of transport. What he said behind the scenes, according to The Atlantic, was, “Why should I go to that cemetery? It’s filled with losers.”

Jobs inherited billions of dollars in Apple and Disney stock from her late husband and Apple founder, making her the sixth-richest woman in the world, according to CNN.

With part of it she established the social change organization The Emerson Collective, which focuses on education, immigration reform, the environment, media and journalism and health, as CNN described.

The organization bought a majority stake in The Atlantic in 2017, CNN said, and also owns a stake in Axios.

Jobs is today worth about $20 billion, according to Forbes.