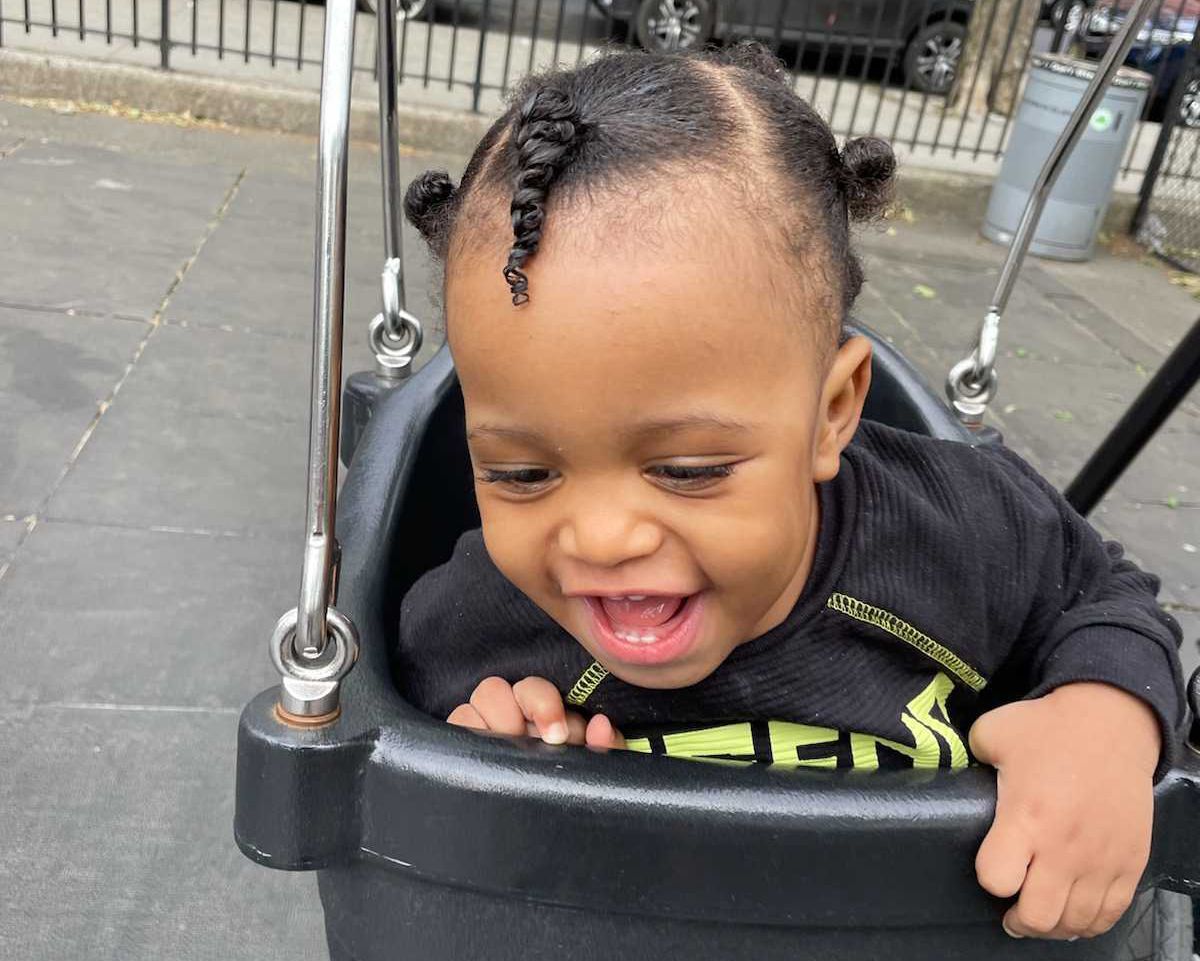 No child should have been left alone with a “vicious” Rottweiler that fatally mauled a little boy left unsupervised in a Brooklyn apartment, the toddler’s heartbroken mother said Wednesday.

“It’s a guard dog, not a dog meant to be around children,” said Susan Hyre, whose three boys were visiting their father, Vernon Foster, when the tragedy occurred.

Foster, 30, was charged Wednesday evening with criminally negligent homicide, manslaughter and acting in a manner injurious to a child in the death of 19-month-old Ryan Foster, police said.

Hyre, who lives apart from Foster, called the tragedy “the ultimate betrayal.” She has custody of the boys.

“You know this dog is a vicious dog and you left the kids there,” Hyre said, referring to the boys’ father. “That’s careless.”

“This dog is a vicious dog. It’s very, very vicious, very much so,” said Hyre. “He just left the children and went to work and I’m really confused by this.”

Compounding the confusion, Hyre said, is that plans for the visit changed without her knowledge.

Hyre said she thought Foster had the kids at his Bedford-Stuyvesant home. But instead, the boys and the dog were left at the Flatbush home of Foster’s parents, who were out of the country.

The dog, named Buster, attacked little Ryan in the apartment on E. 17th St. at Cortelyou Road about 10:40 p.m. on Tuesday, officials said. A police source said the attack might have been triggered by Ryan simply entering the dog’s space to get water.

“The dog just lunged at him, he grabbed him by his collar and shirt,” Hyre said.

The older children, Tale and Jayden, hit the dog in a desperate effort to save Ryan, she said. “The kids were trying to pull the dog away,” Hyre said. “As they were fighting the dog — that’s when the dog bit him in the neck.”

Tale and Jayden eventually realized they could not overpower the dog and ran to get help, she said. A neighbor barged into the apartment with a shovel and tried to stop the mauling, a police source said.

The two children managed to lock the deranged dog in a bathroom, sources said.

When first responders arrived, the fatally wounded baby was in the lobby of the building with his two brothers, sources said.

Responding officers “did everything they could to save this child,” Assistant Chief Michael Kemper, the commanding officer of Patrol Borough Brooklyn South, said Wednesday.

“It’s horrible and you can imagine the responding officers, what they encountered,” Kemper said. “It’s a terrible situation for them and certainly for the family that’s affected by this tragedy.”

Ryan was rushed to Maimonides Medical Center, where he was pronounced dead.

The kids cried themselves to sleep after the traumatic incident, Hyre said. Jayden was particularly distraught. Buster bit him in 2019.

“My child literally has bite marks from that dog and the marks are still there,” Hyre said. “He was bit on the leg by the same dog.”

Neighbors said they heard the children screaming during the mauling, but didn’t realize what happened until police arrived.

“I have to feel bad. I’m a mother,” said a woman who lived above the blood-soaked apartment. “I have a big boy now, but when they were little, I would never leave the child alone.

“I wouldn’t leave a little baby,” said the woman, who wished not to be named. “I’m not crazy. I don’t know why they would do that.”

NYPD Emergency Service officers tranquilized the dog, which is being held by Animal Care Centers of NYC.

Foster was held at the 70th Precinct stationhouse Wednesday afternoon, where sources said he’d likely be charged. Foster was accused in February of pushing Hyre so hard it left a hole in the wall.

“Leave my mother alone!” Jayden said, according to the complaint. The case was dismissed with a requirement that Foster stay out of trouble.

Hyre was devastated Wednesday by her little boy’s death.

“I’m just puzzled as to how he can let this happen,” she said of the boys’ father. “He could’ve said anything, but he went to work like it was nothing. I don’t understand why he didn’t call anybody or go late to work.

“This would have never happened on my watch. This is crazy, this is really crazy.”