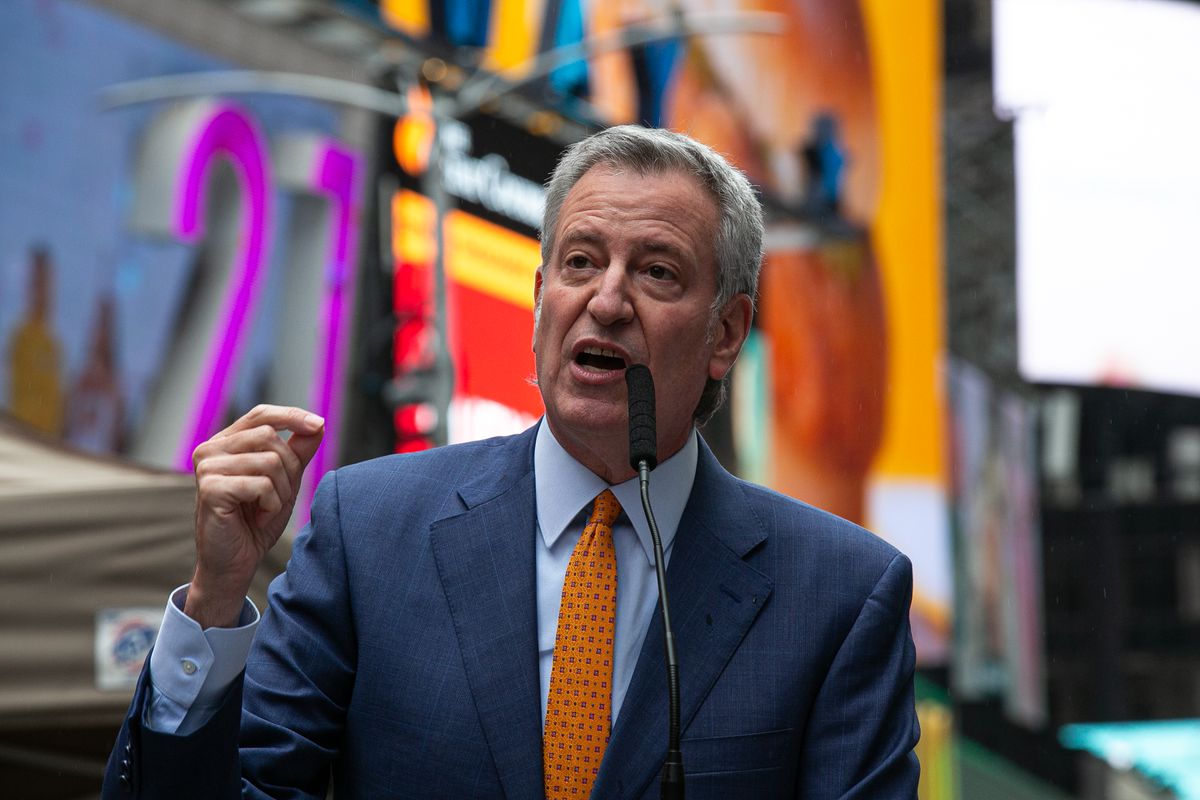 New York City Mayor de Blasio promised a strong response to the weekend’s shocking shooting at Times Square even as he played down its significance on Monday.

Hizzoner said the NYPD would deploy an unspecified number of “critical response” officers to the popular tourist destination and “maybe some other areas, as well,” following the Saturday incident. Two women and a 4-year-old were struck by gunfire that broke out following an argument among several men.

Critical response teams are deployed for everything from terrorist threats to civic unrest, along with violent crimes.

“It was a horrible incident. We never want to see one like it again,” de Blasio said at a press conference, adding that the additional cops would provide “an extra measure or protection.”

Asked whether he thought the shooting would deter tourism as the city launches a huge marketing campaign to bring visitors back, Hizzoner rejected the suggestion.

“In the end, people want to come to the city,” he said. “It is an overwhelmingly safe city when you look at New York City compared to cities around the country, around the world.”

Last month, his administration kicked off a $30 million effort to urge visitors to come back to the Big Apple. De Blasio also wants to make vaccinations available to tourists at Times Square and other spots.

Candidates in this year’s mayoral race have been forced to address the rise in crime.

Over the weekend, Brooklyn Borough President Eric Adams and businessman Andrew Yang promised to tackle the problem, rejecting the movement to defund the NYPD and promising new efforts to get guns off streets.

Asked for comment on Adams’s proposal to reconstitute the controversial Anti-Crime Unit, de Blasio was skeptical.

“I have a lot of respect for Eric Adams. I’ve worked closely with I’m over the years,” the mayor said. “I happen to disagree with him on this issue.”

Yang has proposed a similar measure, saying he’d create an “anti-violence and community safety unit” to crack down on guns. De Blasio was not asked about that.