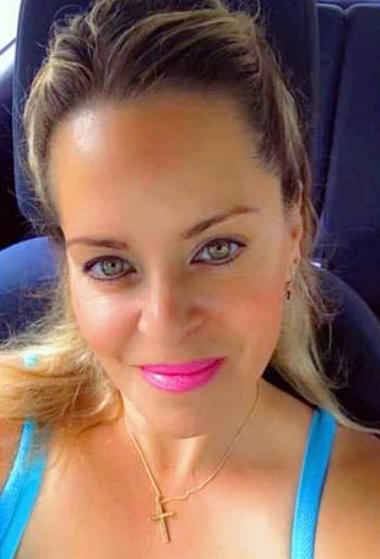 A former NYPD lieutenant who claimed she faced retaliation for sticking up for a fellow officer has won a $872,000 jury verdict against the department.

During a week-long trial in Manhattan Federal Court, Lt. Angelique Olaechea testified that the officer then in charge of the 9th Precinct in the East Village, Captain Vincent Greany, and his second-in command, Lt. Daniel Brown, transferred her to Brooklyn, brought her up on departmental charges and spread rumors that she was having an affair with another cop to punish her for testifying against them at an NYPD departmental trial.

A federal jury awarded her the nearly million-dollar settlement on Wednesday.

“We are happy with the verdict and applaud the jury’s clear message to the NYPD that unlawful retaliation will not be tolerated,” said John Scola, Olaechea’s attorney.

Olaechea, 51, claimed the retaliation began after she received a complaint in October 2015 from Officer Javier Velazquez, saying he was being mistreated by higher-ups at the precinct. Velasquez accused the honchos of putting him on “punishment posts” by sending him into unnecessarily dangerous situations, according to the lawsuit.

She helped Velazquez, 43, file a complaint with the NYPD’s Office of Equal Employment Opportunity, the suit says. Two months later, she helped him file a second complaint.

Not long after that, Velazquez was brought up on departmental charges for “discourtesy to a senior officer,” according to the lawsuit.

At his 2016 departmental trial, Olaechea testified on Velazquez’s behalf, saying she personally witnessed the discrimination against Velazquez by Brown and Greany.

The same day she testified, Greany, now a deputy inspector, and Brown began telling other members of the precinct that Olaechea gave Velazquez “preferential treatment” because the two were romantically involved, the suit says.

Velazquez’s wife complained that her husband and Olaechea were having an affair and said she had receipts from the duo’s trip to Puerto Rico to prove it. The pair denied any romantic involvement.

She was also hit with five retroactive infractions, including failing to submit an overtime report and failing to report two off-duty police-involved incidents at her home in Nassau County, the legal papers claim. She was found guilty of four of the five charges at a departmental trial.

“The fact that Captain Greany and Lt. Brown dredged up and charged Lt. Olaechea with this petty violation five months after the fact, immediately following her trial testimony, is evidence of its retaliatory nature,” the suit says. “This is at best a trivial violation that ordinarily would not merit a disciplinary charge.”

“She [Olaechea] committed multiple offenses during her time in the 9th, centering around giving preferential treatment to Javier Velazquez,” said Jared Hatcliffe, a lawyer for the Law Department during closing statements. “She made him the driver, and she began to go out with him. She began to take trips with him. And she began a personal relationship with him.”

Olaechea resigned from the NYPD in 2018 after a judge recommended she be terminated following her departmental trial.