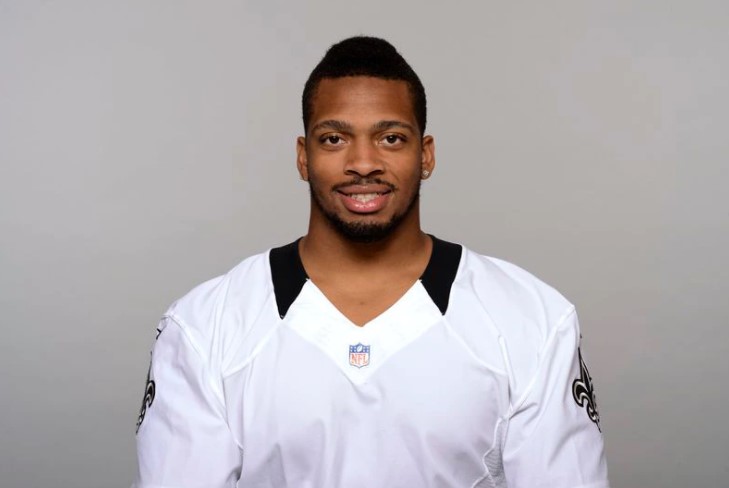 Foster, who played two seasons with the New Orleans Saints and lived in New Orleans after his career ended, was 31.

Cops in Pickens County, Ala., about 250 miles north of the Big Easy, tried to pull Foster over after clocking him speeding, New Orleans CBS affiliate WWL reported. Police said Foster refused to stop and led them on an 8-mile chase.

Police said they dropped a spike strip to end the chase, causing Foster’s vehicle to slow down, jump the curb and strike a business, according to WWL. It’s unclear how badly Foster was injured in the crash.

Richard Black, chief of police in the 1,600-person town of Reform, Ala., told WWL he reached out to Foster’s family about the ex-NFLer’s erratic behavior. Foster’s father, Glenn Foster Sr., said his son was diagnosed with bipolar disorder at age 20.

Black said he made a deal with Foster Sr. to send his son to a hospital in Birmingham following his release on bail on Sunday, WWL reported. But that release never happened.

Cops claimed Foster got into a fight with another person and two jail guards, Foster Sr. told WWL. That meant Foster Sr. couldn’t just bail his son out on the traffic misdemeanors.

On Monday, Foster was driven to a nearby hospital in a police cruiser and pronounced dead shortly afterward, according to WWL.

Foster, a defensive lineman, played college football at the University of Illinois and made the Saints as an undrafted free agent in 2013. He had three sacks in his rookie year, but battled injuries in 2014 and was cut prior to the 2015 season.

Foster landed on his feet in New Orleans and owned a countertop shop with an additional branch in Baton Rouge. He was reportedly headed to Atlanta for business when the cops got him for speeding.