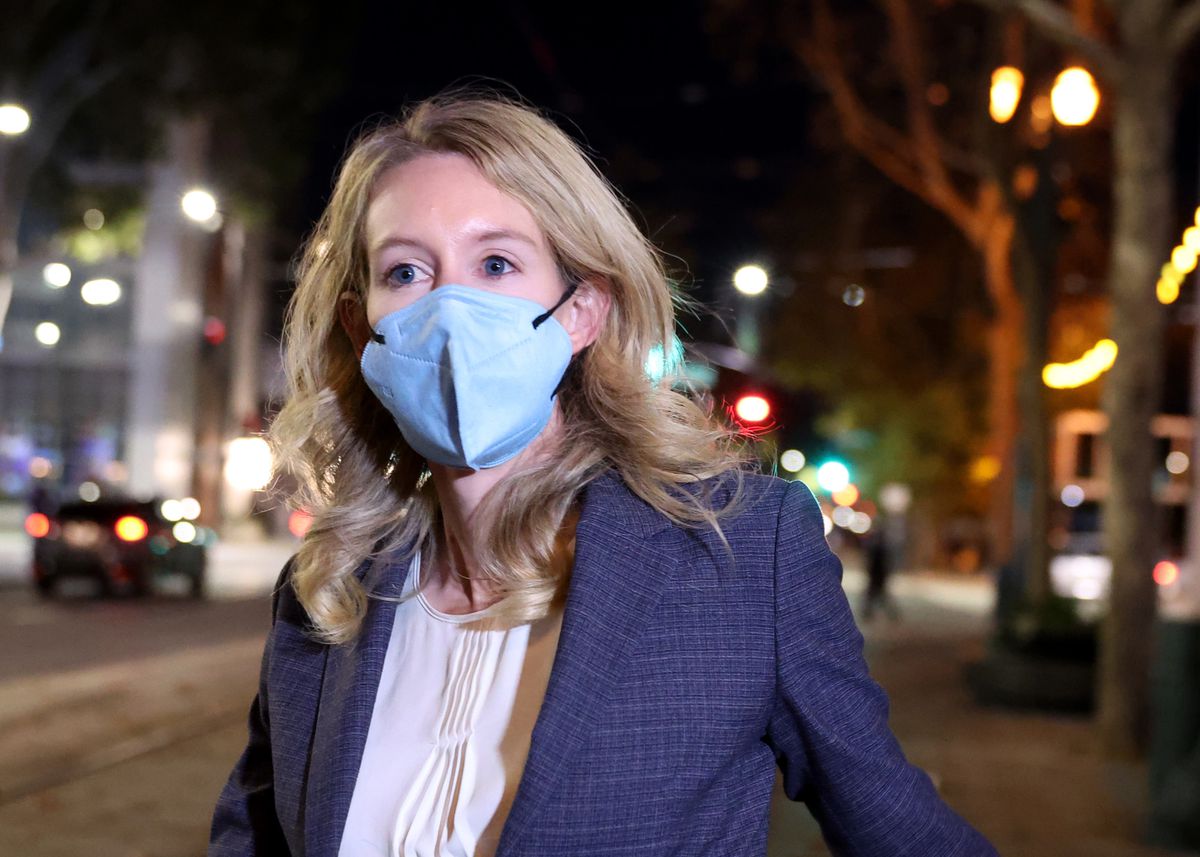 Theranos founder Elizabeth Holmes, a former Silicon Valley superstar who charmed the world into believing she could revolutionize the health industry, was found guilty Monday on three counts of wire fraud and one count of conspiracy at her federal trial in San Jose, Calif..

The jury, weighing evidence from nearly four months of testimony, returned no verdict on three counts of wire fraud.

She could face up to 20 years behind bars for each count.

Holmes, whose failed biotech company was once valued at $9 billion, was indicted on 11 felony counts of fraud and conspiracy in June 2018, not long after Theranos crumbled beneath an ever-growing pile of lies pushed by its founder. The trial was delayed by the global pandemic and the birth of her child.

Holmes, who wore a blue mask in the courtroom Monday, remained seated and showed no reaction as the verdicts were read. She later got up to hug her partner, Billy Evans, and her parents. The jury had deliberated for 45 hours and, earlier Monday, indicated they were at a standstill and could not reach a unanimous decision. Judge Edward Davila directed the jurors to deliberate some more.

Holmes repeatedly claimed her technology, nicknamed “The Edison,” could administer a wide range of tests with only a few drops of blood. Prosecutors, however, argued that Holmes was fully aware the test could not successfully detect dangerous diseases and other health conditions without an ongoing rotation of needles as advertised.

A Stanford University dropout, Holmes, at 19, founded Theranos in 2003. Over the years, she became a media darling, often times sporting dark turtlenecks like Apple founder Steve Jobs. She also managed to dupe wealthy investors including former Secretary of State Henry Kissinger and media tycoon Rupert Murdoch into funding her company. She was, at one point, named the world’s youngest self-made billionaire.

Holmes’ boasts about her biotech achievement started to unravel in 2015 after a series of damning articles published by the Wall Street Journal. The company collapsed in 2018.

The same year Theranos was dissolved, Holmes settled with the Securities and Exchange Commission by paying $500,000 without admitting or denying the charges.

During the her high-profile trial, some 200 witnesses testified, including lab workers as well as those who received inaccurate test results relating to conditions like HIV, cancer and miscarriages. Brittany Gould, a 31-year-old from Arizona, became emotional on the stand as she recalled how Holmes’ technology wrongfully told her she was experiencing a miscarriage in 2014.

The results, later determined to be inaccurate, prompted her to seek options to terminate the pregnancy.

“She chose fraud over business failure. She chose to be dishonest with her investors and patients,” Assistant U.S. Attorney Jeff Schenk told the jurors during closing arguments. “That choice was not only callous, it was criminal.”

In one of the trials’ more stunning moments, Holmes herself took the stand to place the blame on Ramesh “Sunny” Balwani, her one-time paramour and Theranos’ COO. She said they lived together in secret from 2009 to 2016.

During a tearful account on the stand, Holmes, now 37, told jurors she met Balwani while in high school and that even before he joined Theranos, he would regularly berate her, urging her to “kill” her former self to achieve the success she’d always wanted. She went on to dub him “abusive,” adding that thte trauma of being raped during her college years made it easier for her to fall under Balwani’s control.

Balwani, now 56, is facing identical fraud charges and has pleaded not guilty in connection with the Theranos con. His trial is slated to begin next year.

Holmes also acknowledged her own poor decisions during her seven days on the stand, but maintained she always believed Theranos was on the verge of a massive medical breakthrough. Her highly-touted tech ended up a flop, never achieving the success she believed it would.

The Edison tests in reality proved so wildly inaccurate that lab workers started secretly began using conventional blood-testing machines and methods — even as Holmes continued to round up support for her company.