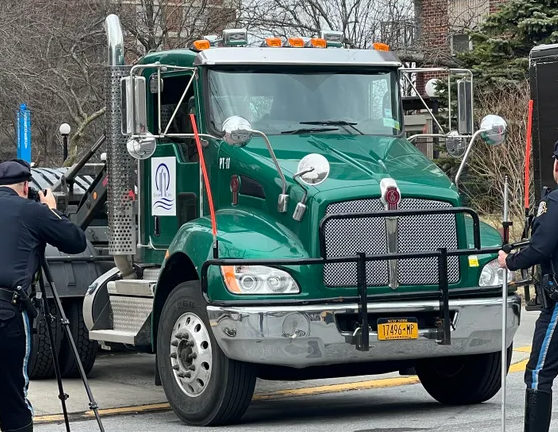 A dump truck driver has been charged with fatally striking an elderly Bronx woman on a Co-op City street and then leaving the scene, cops said Wednesday.

Vincent Francis, 62, was behind the wheel when the truck belonging to Riverbay Corp. — Co-op City’s management company — made a left turn off the Hutchinson River Parkway East on March 7, cops said.

Francis slammed into Lola Blair, 76, who was crossing Einstein Loop North. Francis momentarily drove off, but returned to the scene, cops said.

Blair, who lived in the complex, was rushed to Jacobi Hospital, but she could not be saved.

Francis, of Monroe, N.Y., was charged with leaving the scene of an accident resulting in death, failure to yield to a pedestrian and failure to use due care.