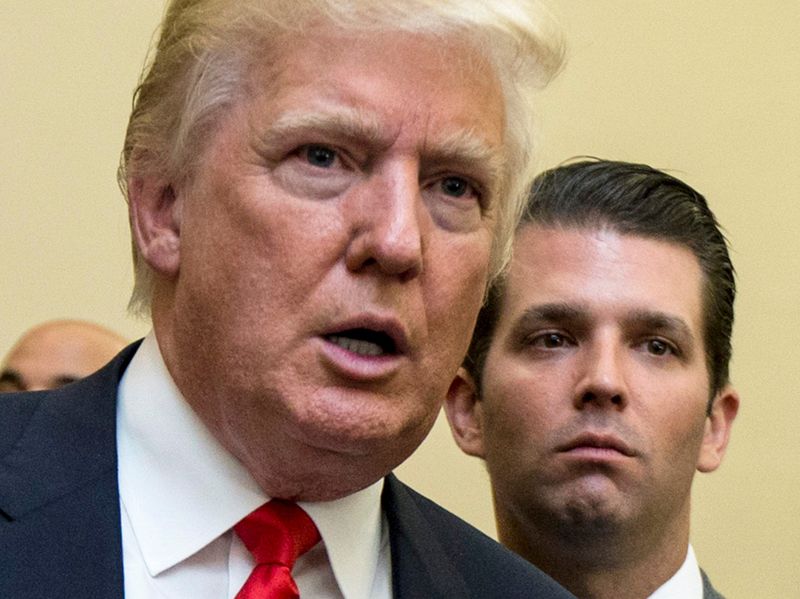 Donald Trump Jr. has reportedly agreed to testify to the House committee investigating the Jan. 6. attack on the Capitol, and is the latest high-profile Trump insider to talk.

The eldest son of the twice-impeached president is expected to appear before the panel within days, ABC News first reported, and the latest in a series of sit-down interviews the committee has conducted with those in Trump’s inner circle in the past few weeks.

He would be following in the footsteps of his sister Ivanka, brother-in-law Jared Kushner and fiancée Kimberly Guilfoyle.

Trump Jr. will be appearing voluntarily and has not been hit with a subpoena from the panel he and his father have repeatedly denounced as a partisan witch hunt led by liberal Trump-haters.

Although he held no official White House position, Don Jr. remains one of his father’s closest political advisers.

Several text messages acquired by the congressional panel are between Trump, Jr. and then-White House chief of staff Mark Meadows two days after the 2020 presidential election with strategies for overturning the result if Trump’s father lost, as first reported by CNN.

The cable news network reported that Trump Jr.’s text made “specific reference to filing lawsuits and advocating recounts to prevent certain swing states from certifying their results.” It also suggested that if those measures didn’t work, lawmakers in Congress could dismiss the electoral results and vote to keep President Trump in office.

In a statement, Trump Jr.’s lawyer Alan S. Futerfas said: “After the election, Don received numerous messages from supporters and others. Given the date, this message likely originated from someone else and was forwarded.”

Don Jr. also actively sought to get his father to unequivocally denounce the violent attack by thousands of his extremist supporters following the “Stop the Steal” rally on the Ellipse.

He wrote to ex-Chief of Staff Mark Meadows arguing that his father should take forceful action.

“He’s got to condemn [the riot] ASAP,” Trump Jr. told Meadows in a text message.

“We need an Oval Office address,” Trump Jr. said in a follow-up message. “He has to lead now. It has gone too far and gotten out of hand.”

Negotiations are ongoing as to when he’ll appear before the panel, with no plans to meet this week.