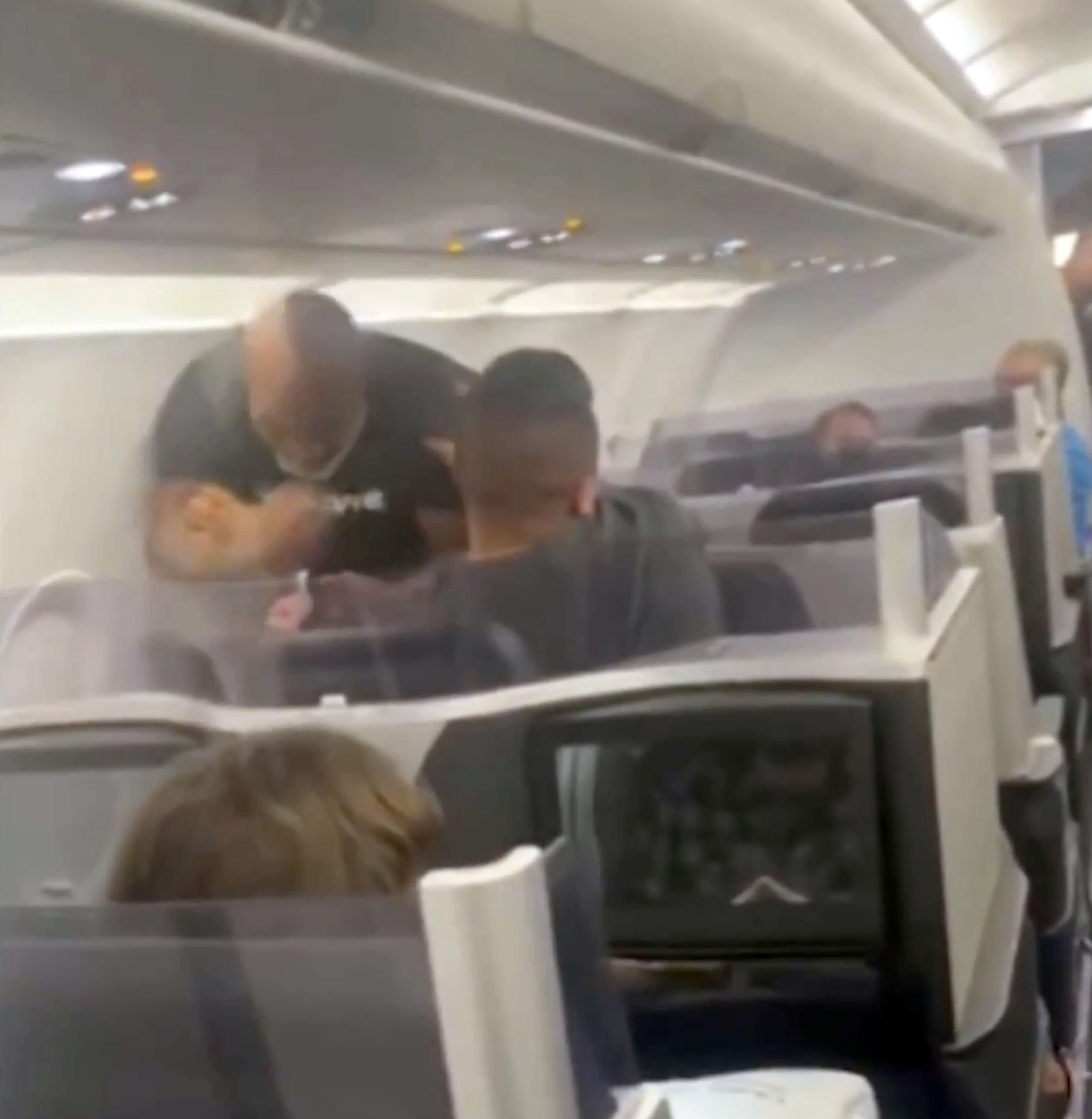 Mike Tyson took his skills out of the ring Wednesday night when he repeatedly punched a passenger on a plane that was set to take off from San Francisco to Florida.

The retired heavyweight boxer was filmed leaning over the back of his seat and attacking the man, leaving him bloodied, according to video obtained by TMZ.

The passenger, seated in a row behind Brooklyn-born Tyson, asked for a selfie with the 55-year-old fighter, then kept talking, according to TMZ. Tyson, seemingly annoyed at the chatterbox, shut him up with his fists.

A second video, filmed across the aisle, corroborates that story, as the passenger excitedly tries to talk to Tyson through the seats.

“My boy just got beat up by Mike Tyson,” the man recording says. “He got f–ked up.”

Sources told TMZ that the passenger was “extremely intoxicated.”

In a statement to reporters, Tyson’s reps said the “aggressive” passenger “began harassing him and threw a water bottle at him while he was in his seat.”

The attack happened around 10 p.m., according to TMZ, and JetBlue had a flight departing San Francisco International Airport at 10:54 p.m., landing in Miami just before 7 a.m. local time.

The San Francisco Police Department was called to the runway and detained two subjects, a spokesperson told reporters Thursday. The victim was treated at the scene for non-life-threatening injuries, but refused to cooperate with police after providing “minimal details of the incident.”

The videos have been forwarded to the San Mateo County Sheriff’s Office for further investigation. A spokesperson for the sheriff’s office declined to comment when reached by reporters.

Reps for JetBlue did not immediately return requests for comment from reporters Thursday.

Earlier Wednesday, Tyson had been on stage at San Francisco’s 420 cannabis festival in Golden Gate Park, promoting his cannabis brand, Tyson 2.0, according to SF Gate.