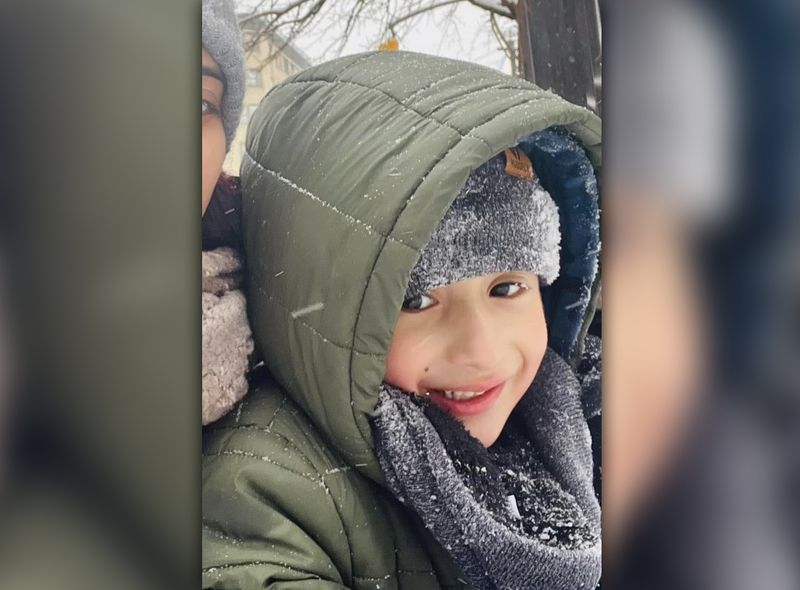 An autistic 7-year-old boy was critically hurt after he slipped out of his Bronx apartment and fell down an elevator shaft Thursday, police and fire department officials said.

Matthew Mendoza was at home with his health aide and grandfather in their first-floor apartment on Grand Concourse at E. 168th St. when he got out and made his way up to a rooftop elevator room, police sources said. The boy’s mother was at work, sources said.

“The family has made efforts to keep him from leaving the apartment. There are two chains and two locks and a door-lock guard,” one police source said. “The grandfather hears the door slam, and they’re out after him in seconds, but they can’t find him.”

His distraught grandfather, Segundo Campoverde, 62, wept as he described what happened, speaking in Spanish through an interpreter.

Detectives believe Matthew got up to the roof of the six-story building and into the unlocked elevator room, where he slipped through a six- to seven-inch gap between the floor and the wall, sources said. The floor is slatted, like a fire escape, the sources explained.

The dust on the wall was unsettled, and the boy’s fingerprints were found on the slats, suggesting he tried to grab onto them before he fell.

His grandfather discovered him, unconscious, on top of an elevator car in the building around 12:45 p.m., police said. It’s not clear if he fell all six stories, since the elevator might have been moving at the time, the sources said.

“There’s a lot of blood on the roof of the elevator car. He has multiple skull fractures,” a source said.

Despite his injuries, doctors are hopeful the boy will recover, sources said.

Firefighters took the boy up through the shaft back to the first floor, an FDNY spokesman said. Medics rushed him to Harlem Hospital with severe trauma to his head and body, and he was transferred to Lenox Hill Hospital, family said.

Matthew was going into surgery Thursday evening, his grandfather said.

“We are destroyed, because that’s my baby, that’s my love. He’s seven years old, and he’s a special boy,” Campoverde said.

Sources describe the boy as non-verbal, and neighbors told reporters he has a history of escaping his apartment and wandering the building.

“When he got out of his apartment before, he rang my doorbell. He doesn’t say anything. He’s very hyperactive. I thought he was lost,” said Monica Billata, who lives on the fourth floor and has a 6-year-old daughter. “The grandfather told me he unlocks the door to get out. There are chains but he has learned to unlock them.”

Campoverde confirmed Thursday that the door has four locks on it.

“We have them there for his safety. He’s gotten out before,” the grandfather said.

“He’s a small kid. He has special needs. He’s autistic,” Escalante said. “I saw him a couple of days ago. He was trying to escape from his caretaker. He was running around the building like it was a game.”

City Buildings Department inspectors are looking into the conditions of the doors leading into the elevator shaft, an agency spokeswoman said.

The Buildings department issued two violations in 2020 after a private elevator inspector found that two elevators in the building did not have door lock monitoring systems, which prevent the elevator car from moving up and down while the doors are open. The building owners installed those monitoring systems last year, agency officials said.

Last year, the building was hit with another elevator-related violation, for a broken ventilation fan.

Attempts to reach the building owner, identified in public records as “1235 LLC,” were unsuccessful Thursday.