Disgraced pol Sheldon Silver regrets ‘sense of entitlement’ that led him to take millions in legal fees; says he doesn’t want to die in prison 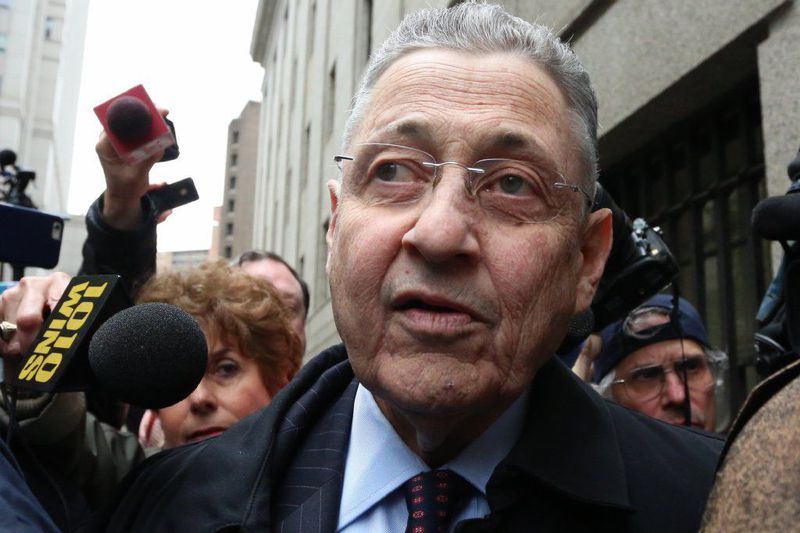 In a hand-written letter to the judge who could send him to die in prison, disgraced ex-Assembly Speaker Sheldon Silver said he is “ruined,” and that he regrets the “sense of entitlement” that led him to leverage his high office for personal profit.

“I do not believe that anyone, myself included, runs for political office out of greed or a desire for financial profit,” Silver wrote Manhattan Federal Judge Valerie Caproni, who could sentence him to prison July 20.

But in the letter filed in court Thursday, Silver admitted he “developed a sense of entitlement” to millions in legal fees from a friend’s law firm specializing in property tax appeals and from Weitz & Luxenberg, another law firm that represents people sickened by asbestos.

“I felt entitled to the financial windfalls that came my way while doing what I thought was good work,” he wrote.

“But I was dead wrong. I was hurting the State I love by undermining public confidence in our public officials and institutions, which we need now more than ever.[More New York] ‘We’re not doing good,’ mother of man fatally shot outside Brooklyn housing development says »

“I rationalized the windfalls because I felt I earned them through a lifetime of work and connections that improved the State. It was not just about money, but also power, respect and above all, a mistaken belief that I deserved it,” Silver wrote.

“As a public official, you are not entitled to anything. You have to earn your votes every day and your rewards are in the satisfaction that you did good and earned the respect of the community, which are both deeply meaningful. This has to be enough, otherwise find a new line of work.

“It should have been enough for me but it wasn’t and I am ruined.”

Silver’s first conviction in 2015 was overturned on appeal. He was convicted again of the same charges at his second trial in 2018, and Caproni sentenced him to seven years in prison and a $1.75 million fine.

Silver scored a partial win on his second appeal, in which judges tossed the charges relating to the fees he took from Weitz & Luzenberg. But prosecutors recommend Caproni impose the same seven-year sentence she imposed in 2018, along with a “substantial” fine.

Caproni will sentence Silver July 20 for taking the fees from his friend’s tax-appeal firm, and on money laundering charges.

Because of his appeals court win, Silver may keep much of the money he earned from his scheme.

Lawyers on both sides of the case have agreed to slash by $2.38 million the amount of ill-gotten gain he must forfeit to the government — a sum that mostly includes his Weitz & Luxenberg fees. Silver will forfeit instead $1.36 million, representing the real estate firm fees and investment gains.