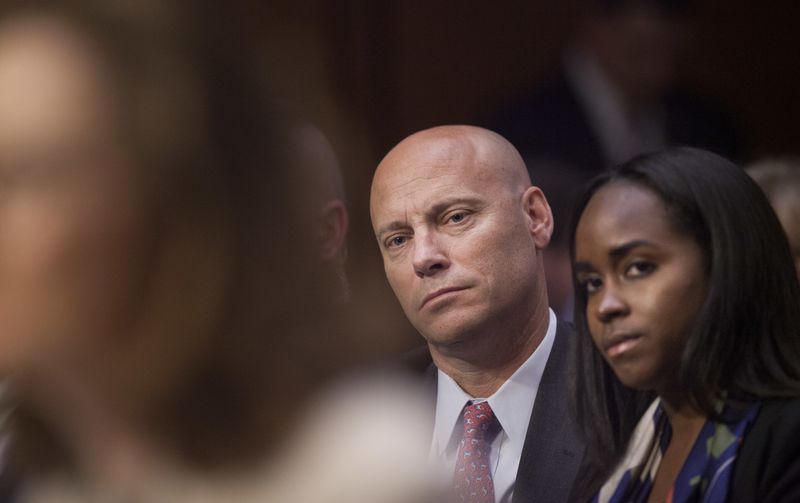 Mary Elizabeth Taylor had been a part of the Trump Administration since its first day in the White House, but after 3½ years, she’s realized that she doesn’t want to be associated with the president anymore.

The assistant secretary of state for legislative affairs — and one of the administration highest-ranking African-Americans — submitted her resignation on Thursday. According to the Washington Post, Taylor wrote in her resignation letter that Trump’s recent responses to the Black Lives Matter movement made it impossible for her to keep working for him.

“Moments of upheaval can change you, shift the trajectory of your life, and mold your character. The President’s comments and actions surrounding racial injustice and Black Americans cut sharply against my core values and convictions,” Taylor wrote.

Taylor, 30, was both the youngest person to ever serve in her role and the first black woman in that position. A lifelong Republican, she previously worked as an aide to Sen. Mitch McConnell, while her mother once served in the White House as a part of former President George H.W. Bush’s administration.

Among Trump’s controversial actions that Taylor may have objected to amid recent protests against racist police brutality was the president’s photo-op at St. John’s Church, which required federal officers to aggressively clear a crowd of peaceful protesters with pepper balls, chemical grenades and smoke bombs.

Trump also came under fire for tweeting “when the looting starts, the shooting starts” as protests broke out in Minneapolis. And most recently, Trump took credit for the popularization of the Juneteenth holiday in a Thursday interview with the Wall Street Journal.

Roughly two weeks before her resignation, the Post reported, Taylor sent a note to her team of around 60 State Department employees expressing her pain at the killing of George Floyd.

“George Floyd’s horrific murder and the recent deaths of other Black Americans have shaken our nation at its core,” she wrote. “Every time we witness these heinous, murderous events, we are reminded that our country’s wounds run deep and remain untreated.”