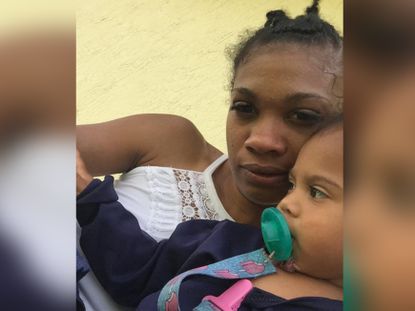 The death of a malnourished 7-month-old Queens boy whose mother fled to New Jersey the day after she called 911 has been ruled a homicide, police said Wednesday.

Little Kameri Garriques died from complications of malnutrition, the city Medical Examiner has determined, according to the NYPD. There have been no arrests yet in the case but police are focusing on the mother, Carla Garrigues, according to police sources.

Kameri died Oct. 30 after his mother called 911 to report he was unresponsive.

Medics rushed the infant from the family’s home on Liberty Ave. in Jamaica to Jamaica Hospital but he could not be saved.

The 28-year-old mother, who has a history of drug abuse, told police she had put Kameri to sleep and later realized he was unconscious, police said.

But doctors told police the baby had no food in his stomach. Police also said Kameri appeared to be underweight at the time of his death.

The next day, when a caseworker for the Administration for Children’s Services showed up to take custody of the mother’s 2-year-old daughter both mother and child were nowhere to be found.

They were tracked down to a Hackensack, N.J. hotel four days later. Sole was in good health, police said.

The mother has two other children, both of whom live with their father.

Kameri would have turned 1 on March 30.