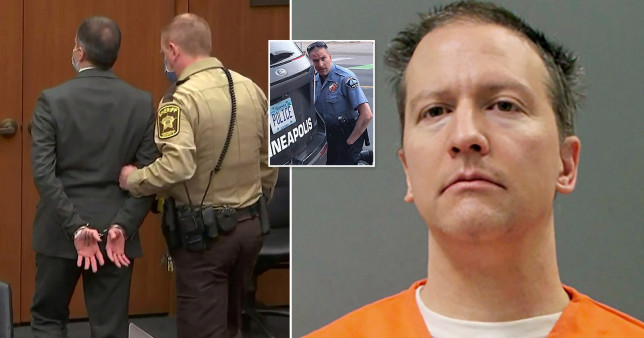 The Minnesota Department of Corrections has released a new mugshot of former Minneapolis police officer Derek Chauvin after he was booked into prison Tuesday following his conviction for the murder of George Floyd.

Chauvin was found guilty of second-degree unintentional murder, third-degree murder and manslaughter Tuesday for the May death of George Floyd, a case that shook the nation and spurred a summer of anti-police brutality protests from coast to coast.

After the guilty verdict, Chauvin was booked into the Oak Park Heights maximum security prison.

He has since been placed in the Administrative Control Unit, the most secure section, “for his safety,” a spokesperson for the Minnesota Department of Corrections told the Daily News Wednesday.

“Administrative segregation is used when someone’s presence in the general population is a safety concern,” the spokesperson told The News.

Corrections staff do rounds every 30 minutes on prisoners in the ACU, and more often for those who are violent, have serious mental health concerns or those who are demonstrating unusual behavior,” according to the DOC. At least once a week, the warden or a senior level official must visit the unit “to observe living and working conditions.”